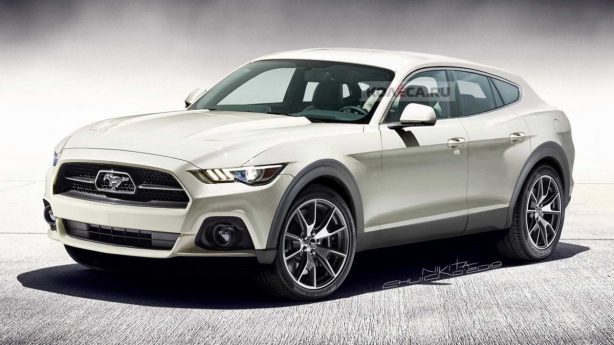 We know Ford is working on a new all-electric SUV and it’s only a year or two away. So far the Blue Oval has been keeping things tightly under wrap, but that didn’t stop graphic artists from letting loose their creative minds in visioning the upcoming Ford crossover.

And here’s one fine example courtesy of  of the folks at Kolesa. The Mustang-based SUV that Ford is developing is truly no less Mustang in this rendering. Retaining the muscle car’s front fascia and rear section, the Ford SUV – which is yet to be given a name – looks business and even production ready. 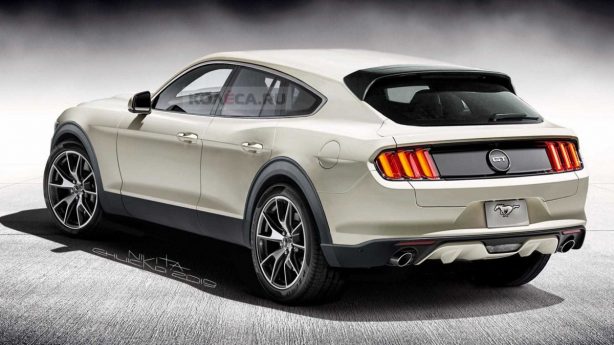 The stretched Mustang wheelbase allows the inclusion of two extra doors, while the sloping roof line mixes in some coupe elements into the raised body. The rugged SUV look is rounded off by subtle application of black fender cladding.

It’s a design that works. There you have it, Ford.

Few details have emerged regarding the SUV’s electric powertrain but Ford is speculated to offer two range options: a base variant that is good for 484km on a single charge and a longer range version capable of up to 600km. This puts the electric crossover on par with other EVs such as the Tesla Model X and Audi e-tron.

Mustang fans will rejoice that the limited-edition, high-performance Mustang Mach 1 will be available to …