Unique Volkswagen Kombi Race Transporter up for auction at Shannons 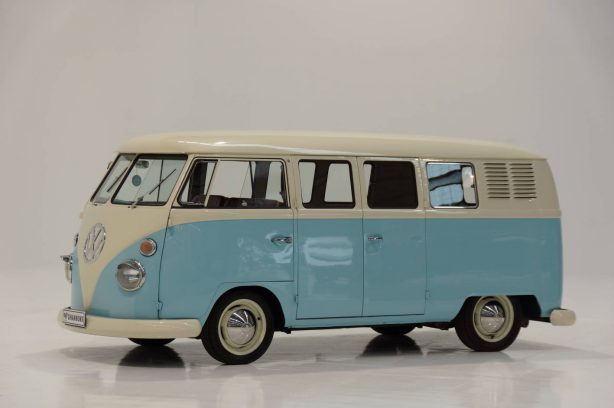 Volkswagen’s once humble Kombis are now highly collectible in the ‘white-collar’ circles, both here and overseas. Two prime examples have made their way to the Shannons Melbourne Autumn Classic Auction on May 8.

The show-stopper of the VW duo is a former ‘barn find’ 1967 Split Window Kombi that today is light years away from its humble VW Transporter origins.

Fully restored to a high standard, this Australian-delivered Kombi with a campervan conversion was discovered in a shed some 15 years ago and underwent a ground-up restoration over a five-year period. 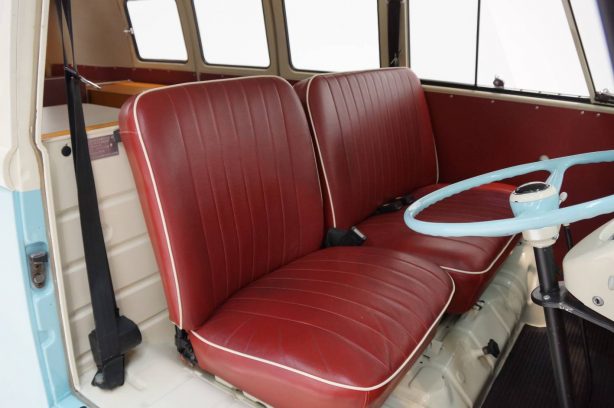 The Kombi is finished in the glamorous period two-tone colours of cream over sky blue, while its interior has been completely refurbished, with the front seats upholstered in red vinyl.

The camper has also been fully refurbished mechanically, with its reconditioned 1600cc engine stroked to 1750cc and is now fed by twin Weber carburettors, while the original drum brakes now have a hidden booster. 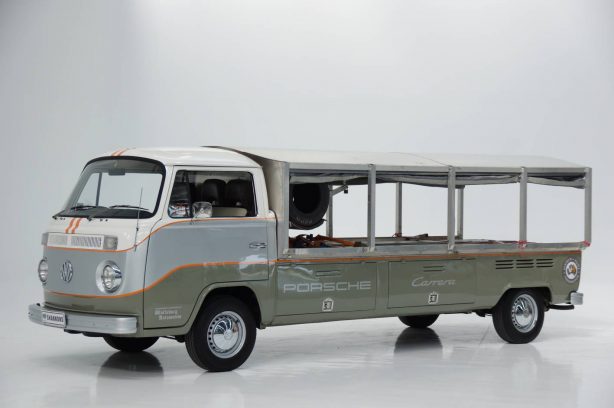 The other Kombi is the 1976 Volkswagen ‘Modified’ Race Transporter that was professionally constructed by Wolfsburg Automotive in Geelong, Victoria for the VW’s current owner, an avid car collector and historic racer.

Built over a 12-month period at a reported cost of more than $55,000, the wheelbase of the former VW Single Cab Utility was extended by 1295m, making it capable of carrying many small sports cars or open wheelers on its 4.0 x 1.65 metre flat bed, while the Kombi’s body structure reinforced with a hand-made alloy framed canopy with drop-down sides.

Other noteworthy items include tyre racks, a winch and a compressor, with air suspension enabling the vehicle to be lowered for easier access via a set of custom ramps. 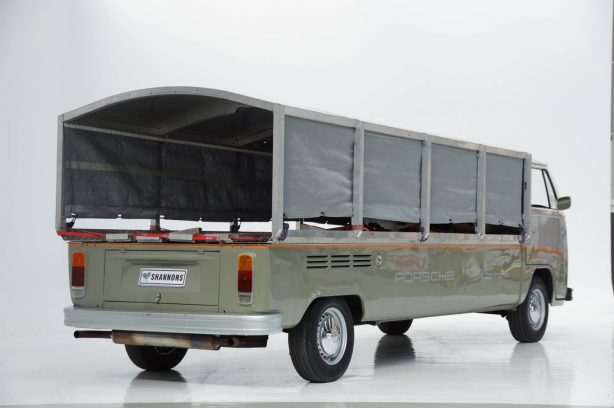 Mechanically upgraded with a 2-litre engine, the Kombi is beautifully presented in period-style triple-tone white, silver and Sage Green paintwork with orange stripes, while the tidy interior is trimmed in cream and black upholstery, with seating for three.