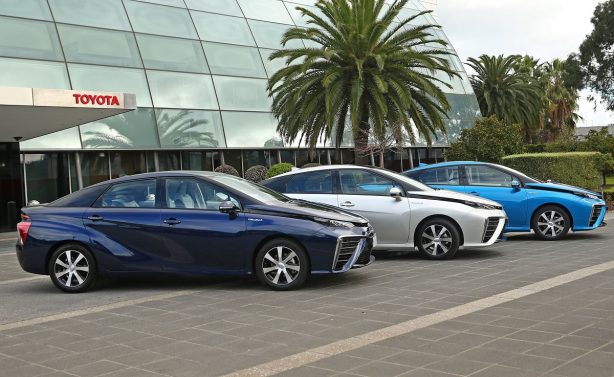 In a bid to raise awareness of future emission-free mobility, Toyota has secured three fuel cell vehicles to use exclusively in Australia for the next three years.

The Toyota Mirai fuel cell vehicles will not only assist Toyota’s local engineers to learn more about the future technology, but will also be used for promotional and key stakeholder engagement activities.

Toyota has also announced that the vehicles will soon be joined by a portable refuelling station over the coming months. The refueller will have the ability to be ground mounted or can be attached to a truck to make it mobile. This means the vehicles can be refueled anytime, anywhere, which will ensure the company is not limited in where it takes the Mirai vehicles. 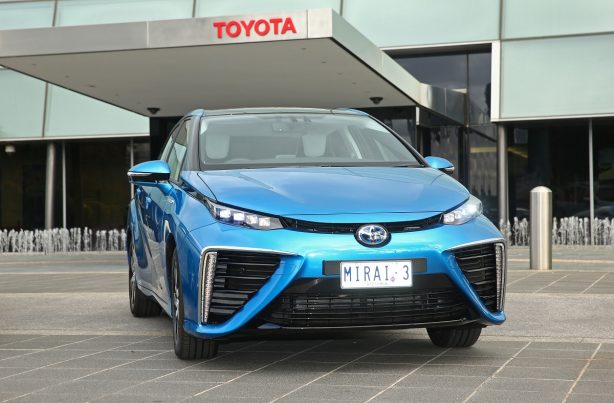 Toyota Australia President Dave Buttner is thrilled to welcome the new technology back to the country.

“After having a taste of the technology last October, we are incredibly excited to have not one, but three of the fuel cell vehicles back in Australia,” Mr Buttner said.

“We are looking forward to educating a whole new audience on this future technology and generating more awareness of fuel cell vehicles.”

Mr Buttner added that while the Mirai is currently on sale in California, Japan and various countries within Europe, it is not available for commercial sale in Australia due to a lack of infrastructure.

“We are extremely interested in fuel cell technology, but we need the relevant infrastructure in place before we can sell these vehicles in Australia,” Mr Buttner said.

“This will take time to develop so it is imperative that we take a whole of industry approach so that we can move these plans along as quickly as possible.

“Fuel cell technology is expected to play a key role in the future and we do not want Australians to miss out on this.” 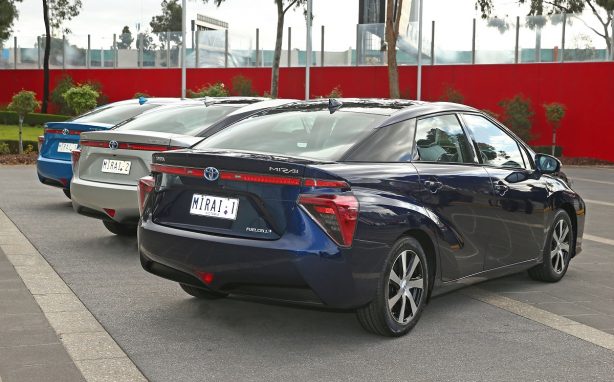 One of the many benefits of fuel cell technology is that it is powered exclusively by hydrogen, which is one of the most promising alternate fuels for the future. Fuel cell vehicles are also completely eco-friendly as they emit only water.

Toyota Australia is currently scheduled to display the Mirai vehicles at a number of conferences and events throughout the country over the coming months. The portable refueller is expected to arrive in Australia towards the end of the year.