Track only McLaren MP4-12C Can Am enters limited production 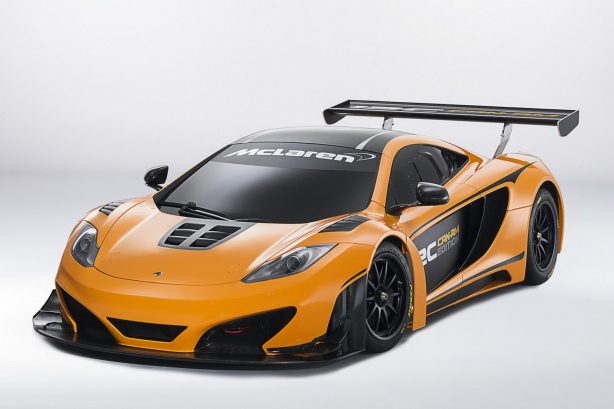 McLaren has unleashed a track only version of the MP4-12C supercar. Priced from €470,000, only 30 of the ultra-exclusive race car will be produced for worldwide consumption.

Presented at the Concours d’Elegance at Pepple Beach earlier this year as a design study, the production car will feature a tuned version of the standard MP4-12C’s 3.8-litre V8 engine. It churns out an extra 10kW (14hp) for a total output of 477kW. 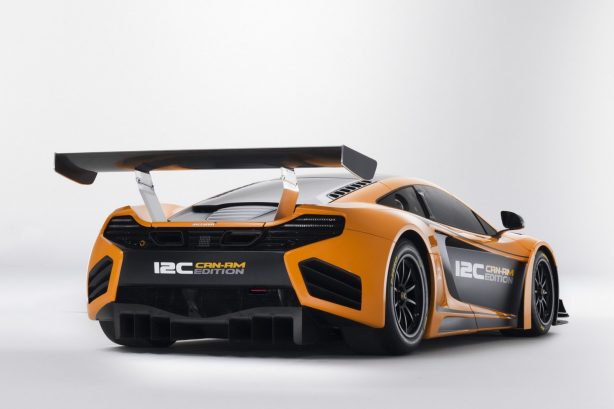 Although the power increase is modest, the track focused supercar weighs a whopping 100kg less than the road going version. This is achieved through a combination of a radical diet of carbon fibre and a stripped out interior. 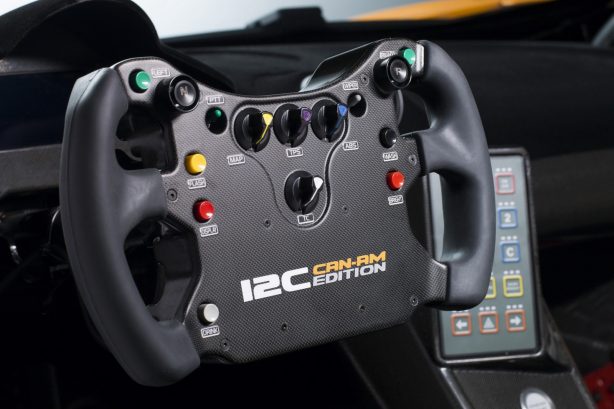 Instead, the spartan cockpit is furnished with just a roll cage and two race bucket seats with four-point seatbelts. One of the most distinct features of the 12C race car is its Formula 1-style steering wheel. It is modelled after the company’s current F1 racing car, the MP4-24.