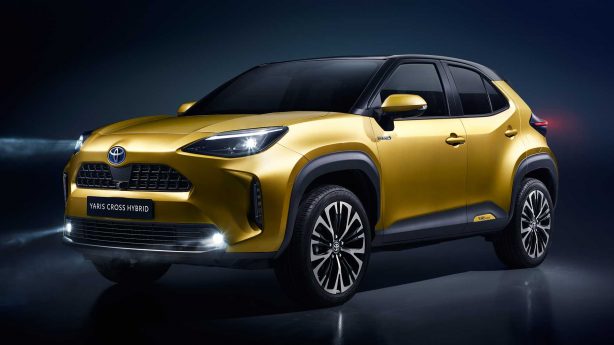 Toyota was meant to introduce the new Yaris based crossover at the Geneva Motor Show last month before the event was cancelled due to the Corona Virus pandemic.

Now there’s a report from AutoNoción claiming the Japanese brand will debut the new model tomorrow, although the publication did not cite the source of the information. 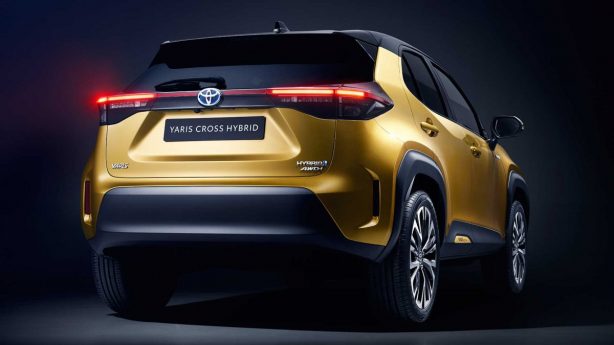 We already know Toyota is planning on a new compact SUV to slot in below the popular C-HR with the company releasing a teaser of the model (above). It will ride on Toyota’s TNGA-B platform shared with the Yaris hatchback.

Motivation will come from a 1.5-litre petrol-electric hybrid engine powering all four wheels through an all-wheel-drive system.

On the styling front, not much is know except it will wear a “compact, dynamic design” and have “a personality of its own”.

The Yaris Cross has been unveiled as Toyota’s latest and most compact SUV. The high-riding yaris-based SUV is built on a scale tailored to suit urban streets and with an emphasis on environmental performance.

Benefiting from Toyota’s fourth generation hybrid technology, the Yaris Cross, along with the Yaris hatch, are the first models to use Toyota’s latest 1.5-litre hybrid system, developed directly from the larger 2.0 and 2.5-litre powertrains used by recent new models such as the Corolla, C-HR, RAV4 and Camry. This features a new 1.5-litre, three-cylinder Atkinson-cycle petrol engine, engineered to reduce friction and mechanical losses and optimise combustion speed. It’s said to deliver high torque at low engine speeds and excellent fuel efficiency. The engine’s thermal efficiency is rated at 40%, which is greater than comparable diesel engines and ensures strong fuel economy and low CO2 emissions.

The new hybrid system has a maximum output of 116 hp and is offered in either front or all-wheel drive.