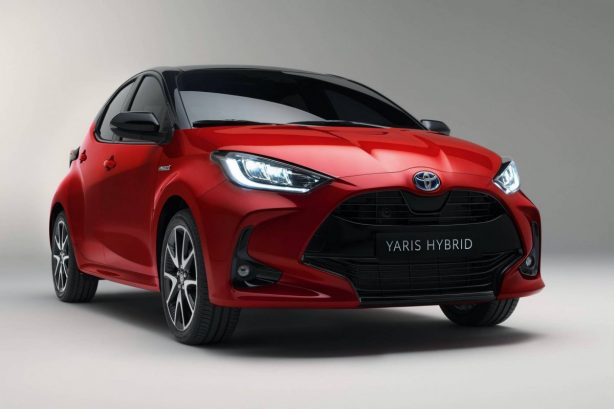 Toyota has taken the wraps off its next-generation Yaris small hatch which is confirmed for an Australian launch mid next year.

Featuring a new 1.5-litre petrol or petrol-electric hybrid powertrains, the new platform enables significant improvements for the small hatch in all areas, including styling, practicality, mechanical, technology and safety. 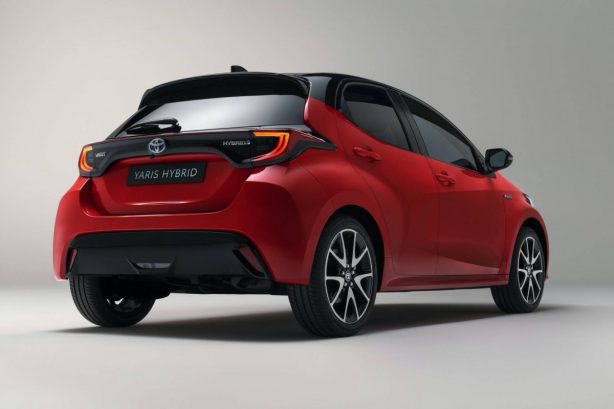 It also reduces the car’s weight by up to 50kg and benefits from higher body rigidity (+30%), lower centre of gravity (-15mm) and a better driving position.

Its 50mm longer wheelbase means better interior space, with Toyota claiming no compromise to the car’s headroom despite a 40mm reduction in overall height.

The all-new Yaris also sees the debut of a segment and Toyota-first centre airbag that protects front seat occupants in the event of a side impact. Additionally, it adopts a pre-collision safety system that’s not only able to detect vehicles, pedestrians and cyclists, but also prevent accidents when turning at intersections by detecting oncoming vehicles and pedestrians crossing the road.

In a win for buyers, these safety features along with autonomous emergency braking, active cruise control, and lane-centring, will be standard on Australian-delivered Yaris.

“It offers responsive new drivetrains with the lowest possible running costs and class-leading safety while being agile and easy to park in the city as well as comfortable on longer journeys.” 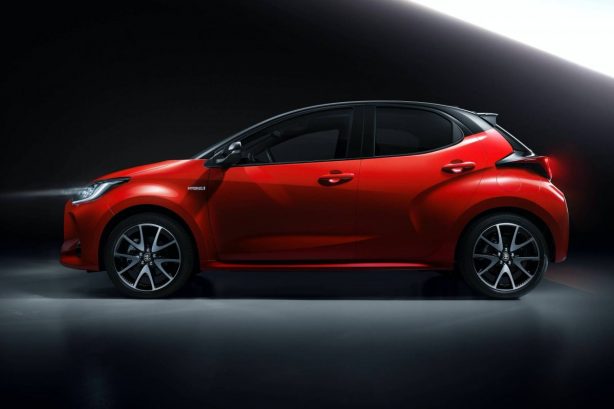 The new 1.5-litre three-cylinder Dynamic Force petrol engine is mated to a direct-shift CVT with mechanical launch gear while a new-generation hybrid system uses an Atkinson-Cycle version of the engine and a high-density lithium-ion battery.

Both systems deliver an engaging and crisp response around town while delivering smooth, relaxed and comfortable driving on longer journeys.

The 1.5-litre hybrid system is new to Toyota and achieves remarkably high levels of fuel efficiency with acceleration tuned for both performance and economy.

It is directly derived from the larger systems introduced locally in the new Corolla hatch, RAV4 and Camry models. 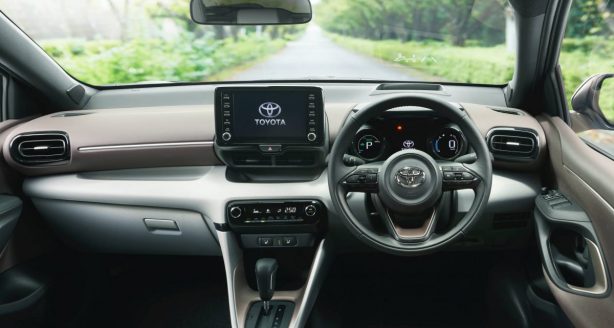 On the styling front, the new Yaris is 5mm shorter and 40mm lower than the outgoing model, bucking the trend for vehicles to grow larger with each new generation.

It features a tauter design with LED headlights while the rear view integrates the combination taillights and the rear window into a new three-dimensional form.

The interior design follows a ‘less-is-more’ principle, creating an open and spacious area for occupants with high-quality materials that deliver a warmer cabin ambience.

Information is presented clearly and directly to the driver from up to three interlinked sources: the central touch display screen, a multi-information display in the instrument cluster and an available 10-inch colour head-up display.