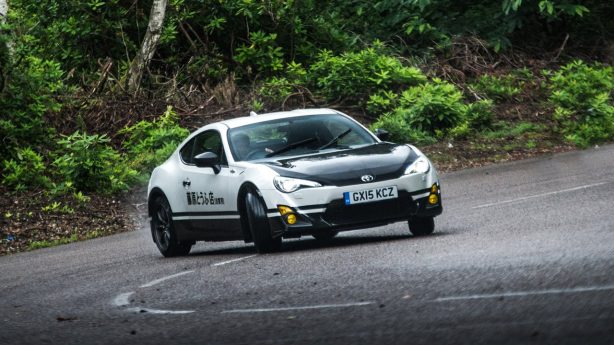 What’s a better way to pay homage to the classic Toyota AE86 made famous by the Initial D manga series? Recreate it, of course.

And that’s exactly what Toyota UK have done with their customised GT86 concept, the result of a project with the aim of reimagining the world-famous AE86 Corolla for a new generation.

On its launch in 2012, the Toyota 86 was instantly recognised as a spiritual successor to the rear-wheel drive Corolla GT Coupe – also known as the AE86 – of the mid-1980s. The one-off GT86 Initial D concept reinforces that connection with a custom livery and body kit to match its comic book Corolla predecessor. 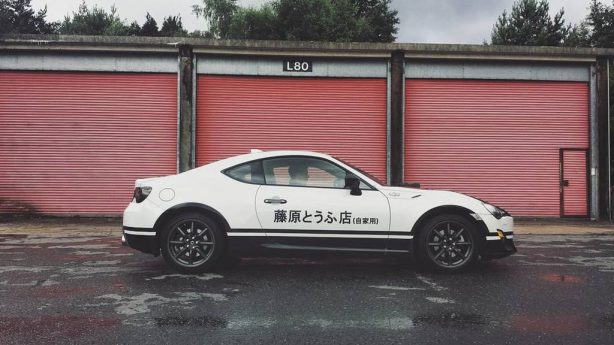 These include custom-made RS Watanabe alloy wheels, TRD suspension, a Fujitsubo exhaust system, Cusco strut brace, and a carbon fibre bonnet. Less obvious cues are the yellow-tinted fog lights, which hint at the Cibié spotlights fitted to improve Takumi’s night-vision, and the silver-painted engine cover that is a nod to the high-revving 20-valve ‘Silver Top’ 4A-GE engine installed during the series. 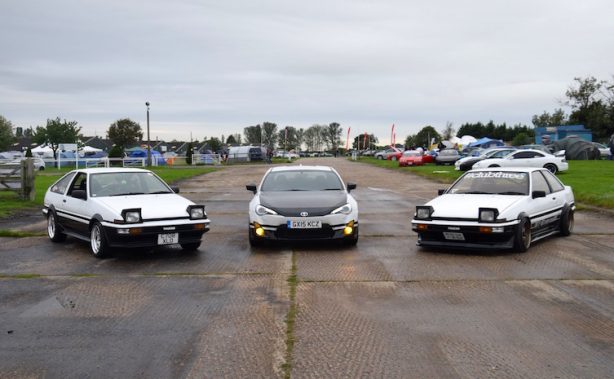 The makeover is also evidenced by the inclusion of carbon fibre door handle protectors and mirror covers that give an effect similar to the black plastic material used on the AE86. Elsewhere, mud flaps have been installed to mimic the original Initial D car, the boot lid spoiler has been removed, and the rear lenses have been tinted.

The text on the driver’s door reads Fujiwara Tofu Ten, which translates as ‘Fujiwara Tofu Shop’. The word in parenthesis is jikayou, which means ‘private’ and refers to the car’s classification in the Japanese tax system. 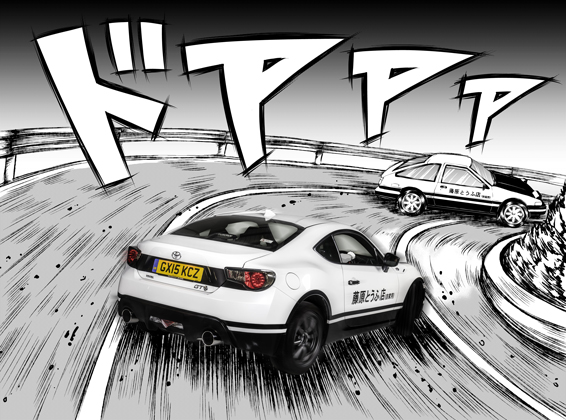 Initial D was a cult Japanese manga comic series in which the young hero, Takumi Fujiwara, famously drove a modified AE86, honing his driving skills on mountain roads while moonlighting as delivery driver for his father’s tofu shop. The car emerged as a star in its own right, influencing the emerging drifting scene and inspiring a live action movie and various arcade games.