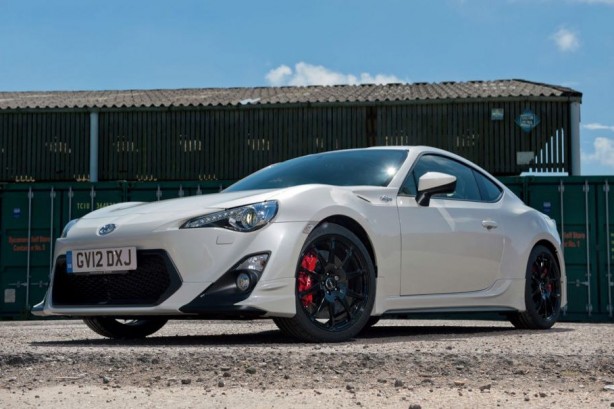 The UK will be one of the first markets in the world to get the TRD version of Toyota’s new sell out sports coupe, the GT86 (Toyota 86 in Australia, Scion FR-S in the US). The Toyota TRD GT86 was first unveiled in the UK at the recent Goodwood Festival of Speed and in Japan at the 2012 Tokyo Auto Salon.

TRD stands for Toyota Racing Development. It is to Toyota what AMG is to Mercedes. The TRD GT86 special edition will not have any real performance upgrades to its 147 kW (200 horsepower) 2.0 litre Boxer engine, it instead focuses on handling, exterior and interior enhancement. The TRD package includes a new quad tip exhaust system, front lip spoiler, side skirts, rear diffuser and a larger rear spoiler. 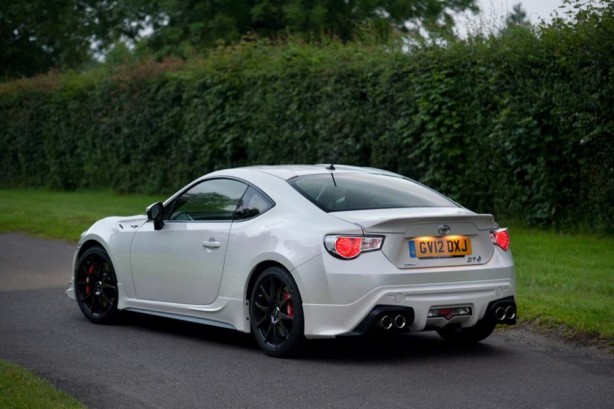 Replacing the standard 17 inch wheels are new 18 inch light weight forged aluminium wheels wrapped in Michelin tyres. Under the bonnet, you will find a strut brace made of carbon fibre and a TRD badged oil filler cap. Further improvement to the handling comes from a new set of adjustable sports suspension and thicker anti-roll bars front and rear.

The brakes also received an upgrade with larger grooved and vented 355mm disc fitted at the front and 345mm disc at the rear. 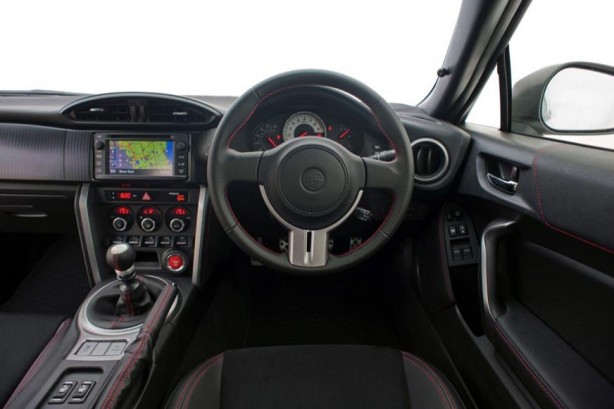 On the inside, the TRD GT86 comes with new sports bucket seats. New gauges have also been fitted on the dash that show water temperature, oil temperature and oil pressure.

The TRD Toyota GT86 will go on sale in the UK from January 2013. It seems the only thing missing in this otherwise great tuning package is a supercharger for the boxer engine. Let’s hope this is not left out in the Australian TRD 86 when it arrives in our shores next year.