Toyota Supra convertible imagined but will we ever see it? 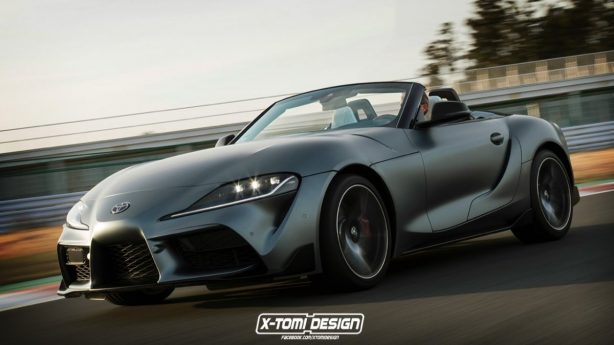 It’s great to see the internet is so far ahead when it comes to envisioning potential derivative for the new Toyota GR Supra. It was only last week we saw a four-door version of the Supra, and now the internet is at it again, ripping up a convertible variant.

While we would utterly like to see a drop-top Supra again – the A80 targa top Supra was an absolute hit – it’s a tricky proposition for this latest generation Supra, not because of budget constraint but because the BMW Z4, on which the new Supra is based, is essentially an open-top Supra!

As products of joint collaboration between Toyota and BMW, both the Supra and Z4 would become direct competitors if Toyota was to take the roof off the Supra.

Nevertheless, it’s still fun to see renderings like this keep popping up, which will hopefully garner enough interest for Toyota to consider making one.

Previous 2019 Suzuki Jimny Off-Road Review
Next Wait no more. 2020 Mercedes-AMG A45 leaked ahead of debut