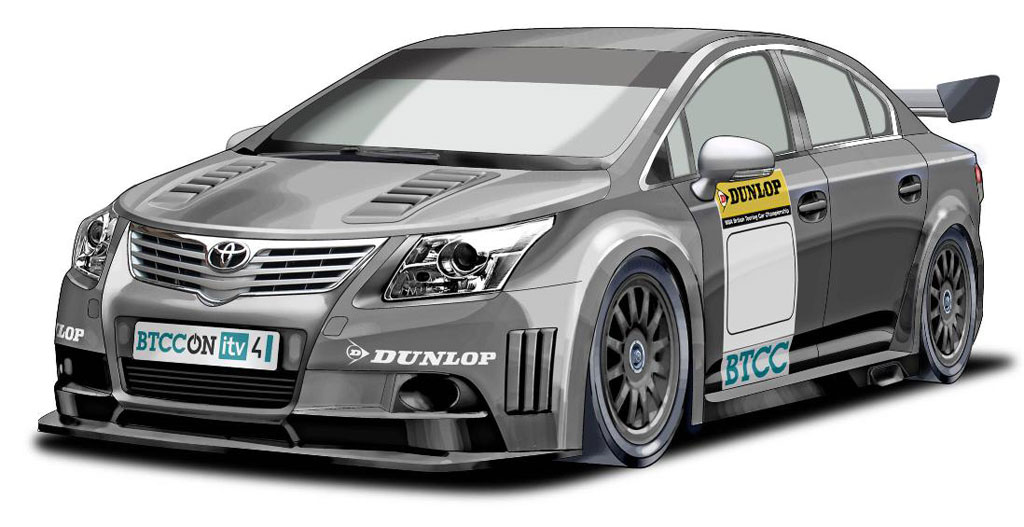 The first images of the Toyota Avensis BTCC race car have been revealed, signalling Toyota’s intention to return to the BTCC, the British Touring Car Championsip.

The BTCC Avensis is designed and built by Buckingham Motorsport GPR as an evaluation model to showcase the new technical regulation of the BTCC. The race car will make its first appearance at the final round of the 2010 BTCC season at Brands Hatch on the 9 and 10 of October. Two times BTCC champion James Thompson will get behind the wheels of the BTCC Avensis for this race.

It will be an interesting 2011 season if Toyota returns to the championship next year.