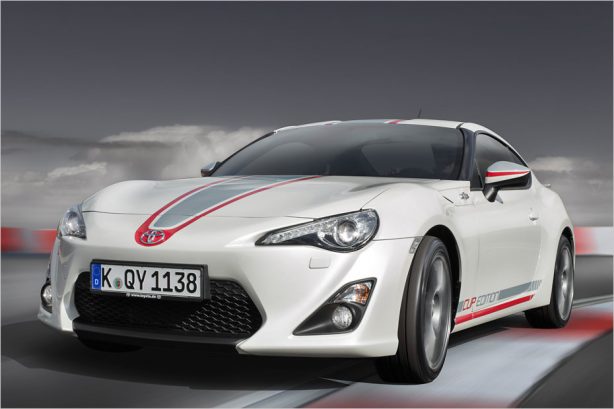 The much sought after Toyota 86 has just become more desirable with the release of a limited “Cup Edition“.

With only 86 examples to be made, the exclusive Cup Edition GT86 will cost £2500 dearer than the standard car. It gets a set of 18″ OZ Ultraleggera alloy wheels shod with Pirelli P Zero Corsa GT tyres and wears a white, black and red racing decals on the bonnet, roof, tailgate and door mirrors. Mechanically however, it is similar to the regular 86. 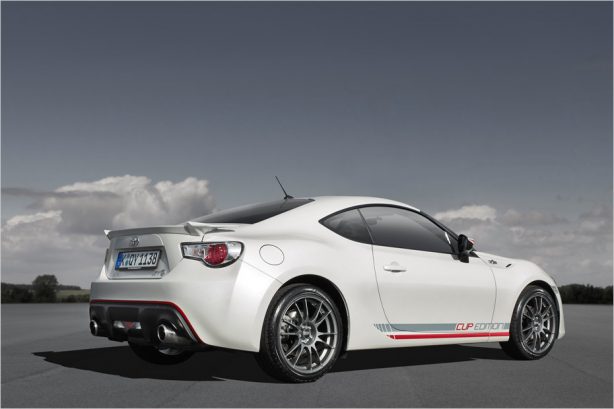 Inside, the Cup Edition engages the driver with a new Alcantara wrapped steering wheel with a red “twelve  o-clock” centre marker. The dashboard is covered with fine leather and the centre console houses a special emblem that shows the build number of the car.

Each buyer of this limited edition 86 will also receive two exclusive VIP tickets to a customer event at the famous Nurburgring circuit in Germany, where the Toyota 86 will take part in the VLN Race series.

Sadly however, Toyota has no plans to bring the Cup Edition GT86 into Australia.