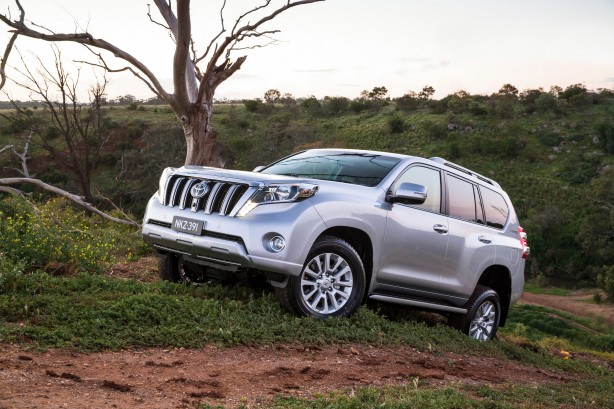 The all-new high-torque 2.8-litre four-cylinder engine is 227cm3 smaller than the engine it replaces, yet it boosts output with up to 450Nm of torque while reducing fuel use and emissions.

Prado’s V6 petrol engine has been upgraded to produce a further 5kW of power while also lowering emissions. Both engines are Euro 5 compliant with the diesel now being fitted with a particulate filter. 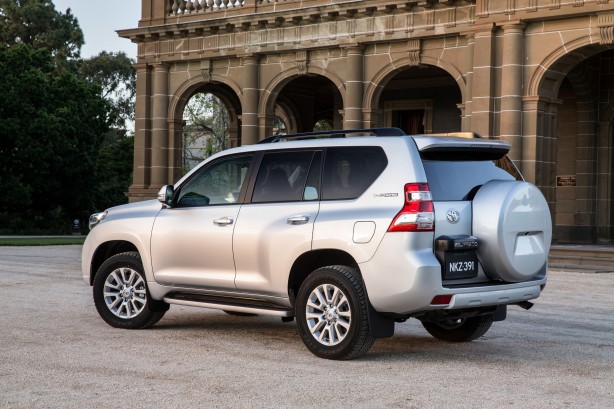 The two engines can be driven through a newly developed efficient six-speed automatic transmission with the first adoption in a Toyota vehicle of technology that monitors acceleration and other driving conditions to determine the most effective use of high-speed gears.

Other transmission technologies designed for optimum performance and economy include artificial-intelligence shift control to enhance engine braking and acceleration response. A six-speed manual gearbox is available with the diesel engine on the first two grades, GX and GXL.

The updates for Prado also introduce satellite navigation to the volume-selling GXL variants while the range-topping Kakadu gains rear cross-traffic alert, which is designed to warn of approaching traffic when reversing from a parking space. 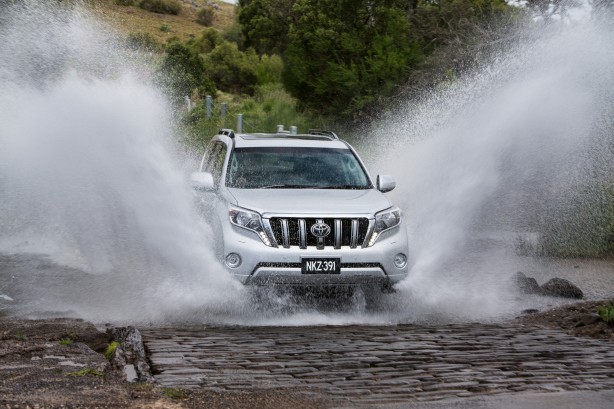 Toyota’s executive director sales and marketing Tony Cramb said customers will appreciate the gains to performance, ease of driving, efficiency and cabin quietness in the luxurious yet rugged Prado SUV.

“More than ever, LandCruiser Prado is the ‘real deal’ for any adventure – tough and reliable for everything from regular family duties to long-distance travel over rugged terrain,” Mr Cramb said.

“The latest improvements will enhance Prado’s rock-solid reputation by expanding the on-road performance, driving pleasure, convenience and safety that are important to customers.”

Prado has the distinction of being the first vehicle in Toyota’s range to be powered by the company’s latest turbo-diesel engine technology, which is said to enhance smooth driving, brisk acceleration and cabin quietness.

The new turbo-diesel will also be offered with the eighth-generation HiLux and the new Fortuner SUV, both of which are due to arrive in local dealerships from October. 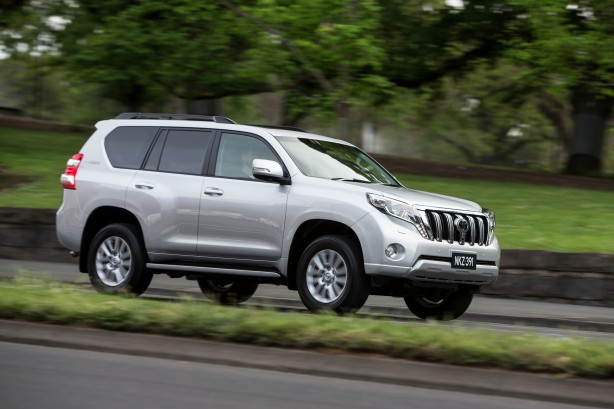 Designated 1GD-FTV, the common-rail diesel is the result of an intensive engineering focus on component design to ensure high combustion efficiency, minimal vibration and friction, and low weight.

Unique to the Prado version of this engine is a counter-balance shaft for added smoothness. A chain drive is used instead of a belt for greater reliability.

Maximum torque of 450Nm with the new six-speed auto represents a gain of 9.75 per cent over the previous diesel drivetrain with its five-speed shifter.

At the same time, fuel consumption and emissions have improved by around six per cent at a claimed 8.0 litres/100km for the auto on the combined cycle.

Mating the new diesel engine to the proven six-speed manual transmission produces a claimed 7.9 litres/100km – an improvement of 10.2 per cent.

Prado’s V6 petrol engine has also benefited from refinements that have extracted more power, peaking at 207kW, while lowering emissions by 1.8 per cent and achieving Euro 5 certification for the first time in Australia.

The 4.0-litre DOHC engine gains new injectors that improve the fuel flow and atomisation. Its exhaust system has been modified to improve gas flow and cylinder scavenging while the engine ECU has revised mapping.

The 1GR-FE engine with dual variable valve timing with intelligence – which controls phasing on both the intake and exhaust camshafts to optimise torque and fuel efficiency – is paired with Prado’s new six-speed automatic transmission.

Amid all the changes, Prado’s line-up remains consistent: diesel-only GX is available with five or seven seats while seven-seat GXL, VX and Kakadu offer the choice of engines. The two higher grades are auto only.

The addition of satellite navigation to the popular GXL grade brings the convenience of this technology to the vast majority of Prado buyers. GXL – including the special-edition “Altitude” diesel based on this grade – accounts for more than three-quarters of all Prado sales. VX and Kakadu are already equipped with this feature.

The system adds a “navigate to destination” function for the GXL’s Toyota Link connected mobility menu. It also brings three more speakers – a total of nine.

Prado’s substantial updates arrive less than two years after the range was comprehensively freshened with bolder exterior styling, a more refined interior and even better handling.

Since the original Prado debuted in 1996, local sales have topped 237,000 to make it Australia’s best-selling SUV over the past 19 years.

This year, Prado is again leading sales of large SUVs with 8,925 deliveries to the end of July, 829 ahead of stablemate Kluger in second place.

The updated Prado range starts at $52,990plus on-road costs for the five-seat GX manual diesel. Automatic transmission adds $2,000 and diesel comes with a premium of just $1,000 over the equivalent petrol variant.

Price changes for the updated Prado range from less than 0.5 per cent to 2.6 per cent.

From January 1 this year, Toyota lopped between $2,730 and $7,630 from the recommended retail prices of the Prado range in advance of duty reductions flowing from the Australia-Japan free-trade agreement.

LandCruiser Prado is covered by Toyota Service Advantage capped-price servicing at $220 per service.