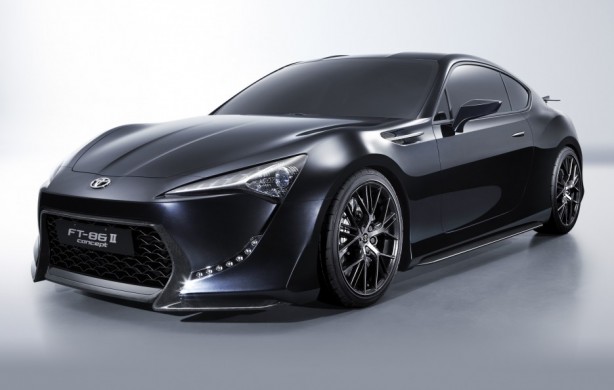 Toyota’s forthcoming FT-86 is one of the most exciting new cars to come out of the car maker in recent times. What’s more exciting is, the new car is likely to spawn a hybrid version.

When asked whether a hybrid could be built, a Toyota spokesman at the Geneva Motor Show said: “Why not? It’s no secret we’ve been considering a hybrid sports car for a while.” He stopped short of revealing the performance figures, but be prepared to be amazed! This is because we expect the Hybrid to match or better its petrol engined counterpart.

A near production ready FT-86 II was revealed at the Geneva show. Toyota claims the more menacing grille and sweeping profile have been “generated purely according to the constraints of function and aerodynamics”.

The maker also revealed that we should expect more aggressive styling touches on the production version of the as-yet unnamed Subaru twin. Incidentally, Subaru will also be supplying its 2.0-litre flat-four boxer petrol engine for both models, which is expected to produce 150kW of power and around 220Nm of torque.

We can look forward to both manufacturers unveiling their production-ready models at the Tokyo Motor Show later this year, with sales expected to start in 2012.