The Toyota Crown and Century flagship are two of the brand’s most luxurious models in the Japanese domestic market.

Launched mid last year and now in its 15th-generation, the Crown has traditionally been a more ‘grown up’ kind of premium sedan. To spice it up a little, Toyota has given the car an appropriately named “Sport Style” special edition based on the S and S Four variants. 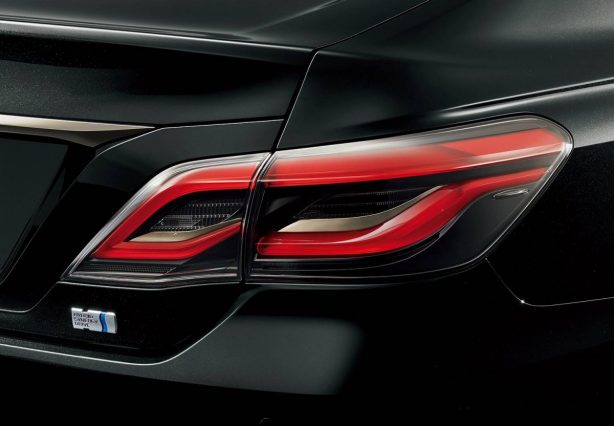 It brings unique multi-spoke 18-inch alloy wheels which are not only stylish but are said to produce less noise than the standard rims. Other goodies include tinted LED head and taillights, and a dark treatment for the grille, fog lamp surrounds and rear license plate garnish.

Inside, the all-black cabin gets bursts of red accents on the seats, dashboard, centre console, door panels and floor mats when ordered with the optional genuine leather seat package. Otherwise, it comes standard with a combination of fabric and synthetic leather.

The Crown Sport Style is offered with either the base rear-wheel drive 2.0-litre turbocharged four-cylinder petrol producing 180kW and 350Nm torque, or the 2.5-litre hybrid delivering 166kW in both rear- and all-wheel drive.