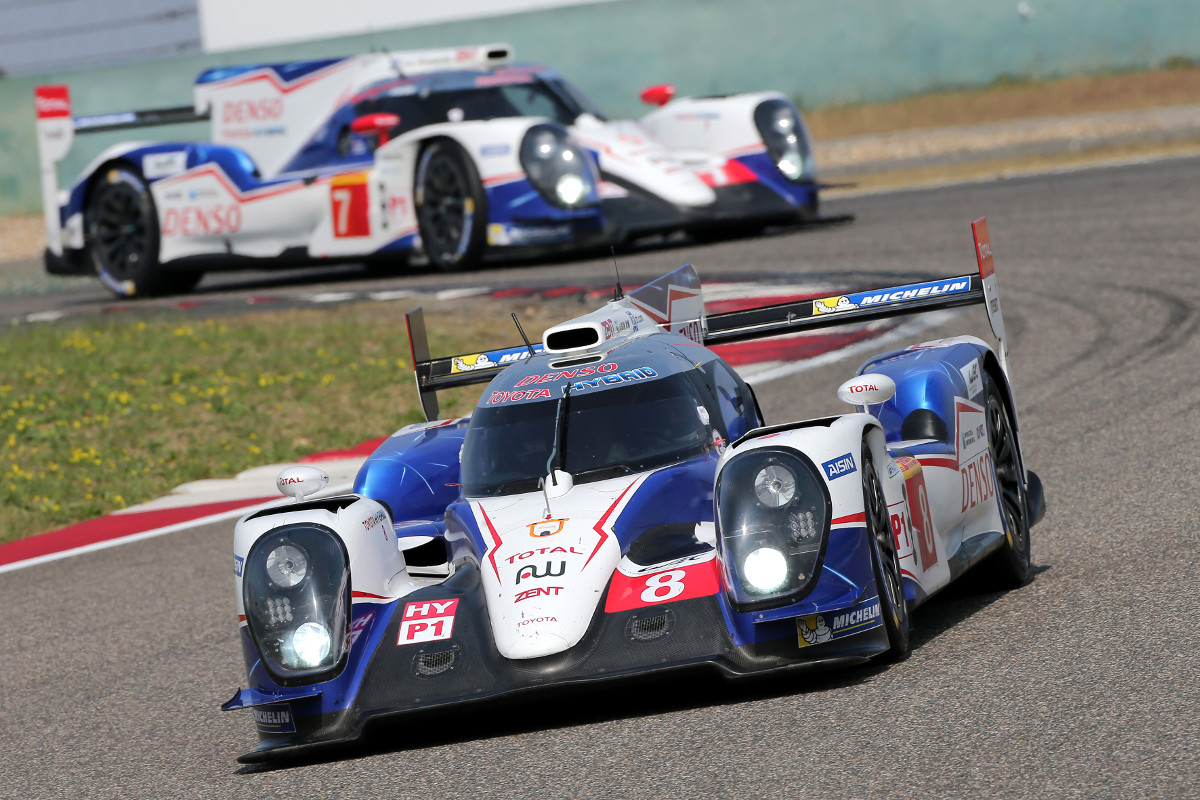 Toyota Racing claimed its second consecutive one-two victory, winning the Six Hours of Shanghai by more than a lap to extend its lead in the FIA World Endurance Championship.

Anthony Davidson and Sébastien Buemi took a commanding win in the #8 TS040 Hybrid, their fourth victory of the season, to stretch their lead in the drivers’ World Championship to 42 points.

The 736kW (1,000ps) four-wheel-drive TS040 Hybrid cars, which dominated the last round in Fuji, were once again in a class of their own with Alex Wurz, Stéphane Sarrazin and Kazuki Nakajima taking second place in the #7.

Toyota now has a 29-point advantage in the manufacturers’ World Championship with two races remaining.

The safety car was deployed after an accident at the rear of the field on the first lap, enabling the two Toyotas to pit for tyres and fuel, eliminating the need for a short refuelling stop later in the race when more time would have been lost.

When racing resumed after 25 minutes, the two Toyota hybrids soon moved into the top six and began closing on the leaders.

Setting fastest laps on the way, Buemi battled past the front runners and into the lead by the time he handed over to Davidson.

Wurz was close behind and made two decisive overtaking moves to advance from fourth to second as Toyota Racing took control of the race.

The two Toyotas finished a lap ahead of the rest of the field to achieve the team’s third one-two finish of the season.

Davidson said his teammate Buemi’s drive through the field after the early pit stop was spectacular.

“We showed we had the fastest car in Fuji and we’ve done that again here in Shanghai,” he said.

The battle for the World Championship now moves into the final stages with just two races remaining, in Bahrain on November 15 and Sao Paulo on November 30.

Toyota has unveiled its bolder and tougher-looking 2020 Hilux with a significant hike in power, …