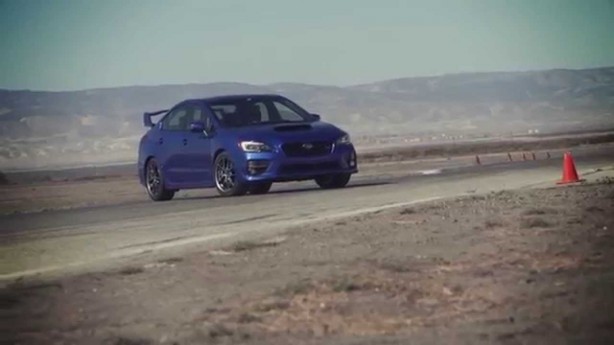 We are not sure if or how much Tommy Makinen – four-time World Rally Championship winner – was paid to appear in this 2015 Subaru WRX STI video, but for fans, his words will no doubt be music to the ears.

Subaru first summoned him to drive a prototype WRX STI at the Nürburgring in 2013, and now Subaru Canada invited him to drive a Canadian Spec production model at the Buttonwillow Raceway in California.

In between corners, Makinen said “You cannot do any mistakes with this car, they have done incredible work. Always going a step forward and forward, and this is very nice to see from previous models.”

“It’s really kind of a car which asks you to please go faster, go faster.”

To recap, the fourth-generation WRX STI is equipped with a turbocharged 2.5-litre Horizontally-Opposed Boxer engine delivering 221kW and 407Nm. It is matched with a six-speed manual that sends drive to all four wheels via an improved Driver’s Control Centre Differential (DCCD) and Active Torque Vectoring that enables the STI to hit 100km/h from a standstill in 4.9 seconds.