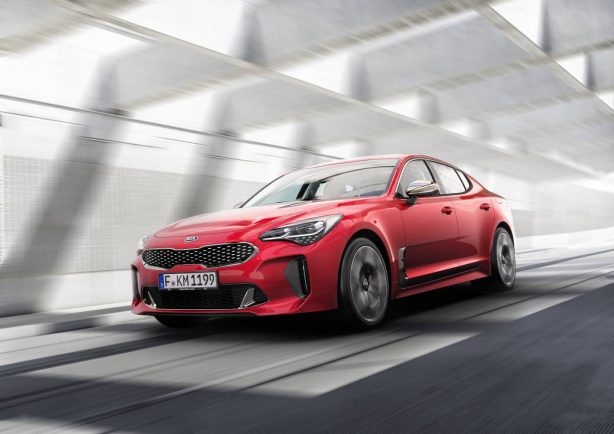 Kia has revealed the full specification for the new Stinger, the Korean brand’s latest fastback sports sedan. The specification confirmed today at the Geneva motor show is for the European market, but it’s expected to be the same for the rest of the world.

Under the long bonnet of the Kia Stinger is a choice of three longitudinally-mounted turbocharged engines, each in the final stages of tuning before entering production later in 2017. With turbochargers equipped across the engine line-up, the Stinger promises drivers “effortless gran turismo-style high-speed cruising and instant acceleration when called upon by the driver”, with all three engines providing high power and torque across a wide band of engine speeds.

The engine anticipated to account for the majority of Stinger sales across Europe is a 2.2-litre turbodiesel, capable of producing 147kW at 3800rpm. Its maximum torque output – 440Nm – is available to drivers across a wide 1750-2750 rpm range, enabling the car to accelerate from 0-to-100 kph in 7.7 seconds, and on to a top speed of 225kph. 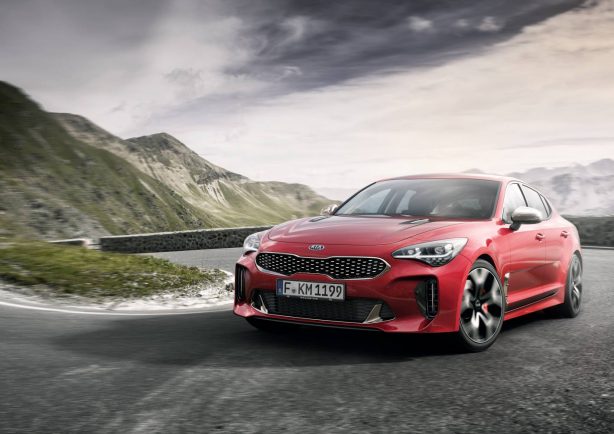 The Stinger features the second-generation of Kia’s eight-speed automatic transmission, which is fitted as standard with all engines. Designed in-house, the eight-speed transmission promises immediate shifts and optimum fuel efficiency. More typically found in aviation and racing applications, the Stinger’s transmission marks Kia’s first use of a Centrifugal Pendulum Absorber (CPA) torque converter, reducing torsional vibrations through the drivetrain. The transmission offers up to five different shift and throttle programmes, which drivers can select through the car’s electronic Drive Mode Select.

The Stinger is Kia’s first sedan to be available with either rear- or all-wheel drive. In its rear-wheel drive format, power is distributed throughout the rear axle by an optional mechanical limited slip differential. The rear-biased all-wheel drive system is equipped with Dynamic Torque Vectoring Control, which monitors driver inputs and road conditions, automatically applying power and braking force to the appropriate wheels to maintain course in the wet or dry. 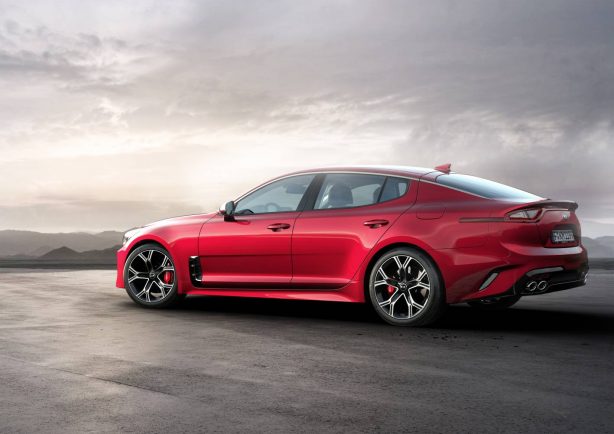 Designed in Kia’s European studio in Frankfurt under the hand of Kia’s head of design, Peter Schreyer and developed over extensive testing on the gruelling Nürburgring under the watchful eye of KMC’s performance and engineering guru, Albert Biermann, the Stinger is claimed to be an uncompromising rendition of the true gran turismo ethos – nimble and fast, luxurious and quiet with the perfect balance of ride and handling.

The Stinger will first arrive in Australia with the 3.3-litre V6 twin turbo driving the rear wheels through an eight-speed transmission, the same drivetrain under the next-generation Genesis G80 also destined for Australia.