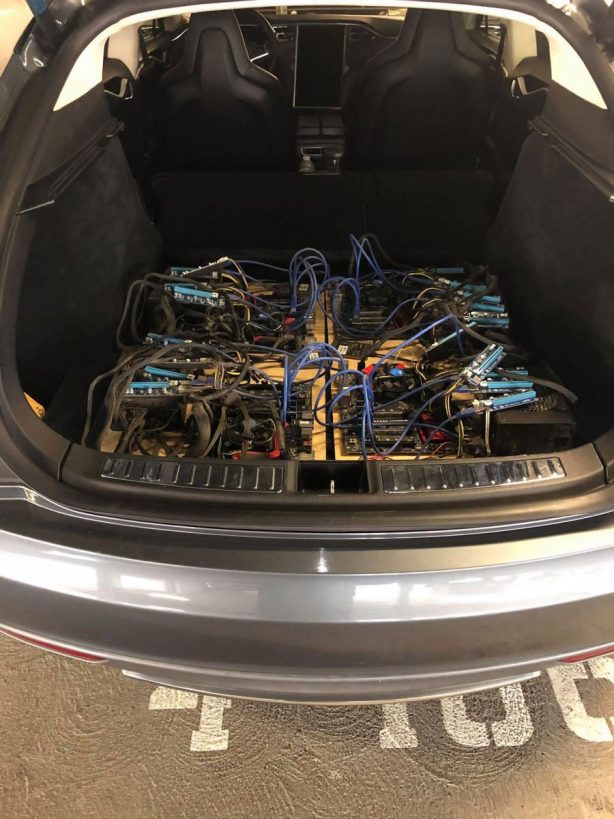 The world of cryptocurrency has been blowing up recently with Bitcoin setting all time highs in excess of $10,000 USD. Most cryptocurrency is mined into existence using computing power that essentially turns electricity into digital money through specialised mining equipment known as ASIC’s or GPU’s. It’s a highly competitive industry that has profitability determined by the efficiency of hardware available and the cost of electricity used to run it.

One clever Tesla Model S owner is taking full advantage of the free power available through the Supercharger network to line his digital pockets. Situated in the boot of his Model S lies four cryptominers with the capacity for a total of 20 graphics processing units. The system has a total power draw well in excess of 2kW all generously provided by Tesla albeit with alternative intentions. The owner hasn’t confirmed exactly how he’s adapted the power system in his Model S to supply power to the hardware but has claimed that he has successfully mined with it. The end result is a world first instance of a crytpocurrency miner that can also hit 100km/h from a stand still in less than 3 seconds. 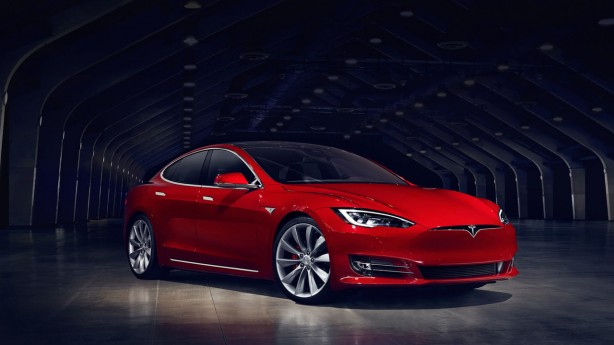 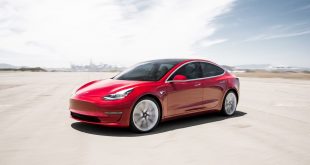