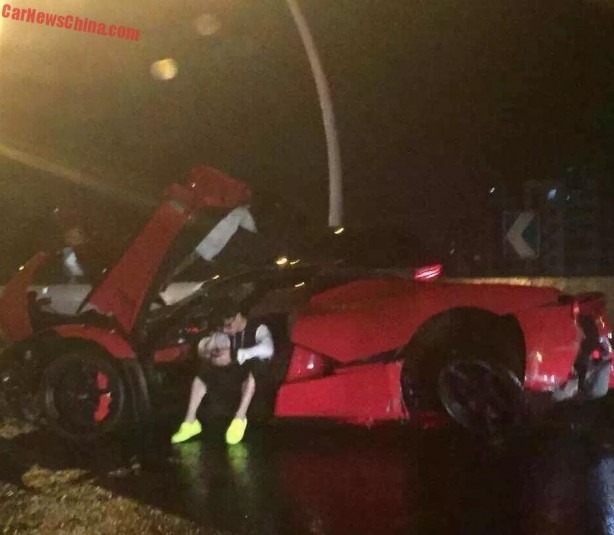 An ultra-rare $3 million Ferrari LaFerrari has crashed in Shanghai, China.

According to a local report, the teenage driver of the high-powered supercar lost control of his 588kW machine during a thunderstorm and smashed into the barrier, causing extensive damage to the front of the car. 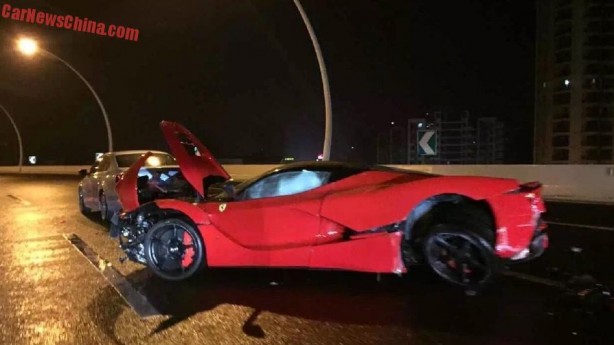 The impact was so powerful that the car’s airbags were deployed. The hybrid supercar probably spinned during the crash as well as the rear end also suffered major damage, with the rear left wheel pushed underneath the car.

However, it’s a testament to the LaFerrari’s engineering, as the driver appears to escape with only a bruised ego and a lighter wallet. 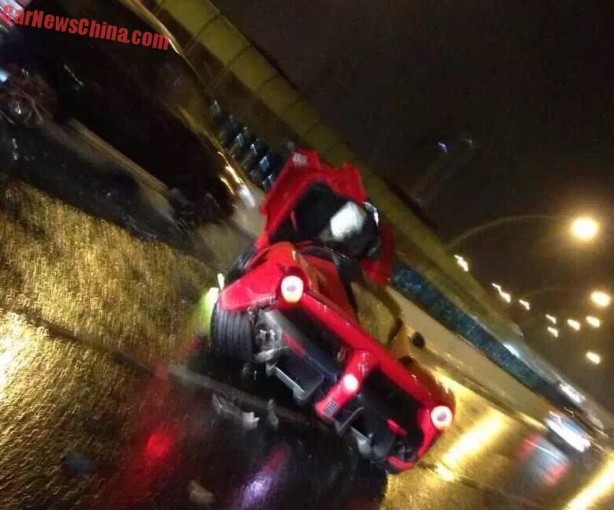 The driver reportedly also owns a McLaren P1. Let’s just hope that it won’t suffer the same fate as the prancing horse!