Subaru WRX STI Diamond Edition is the most powerful STI ever 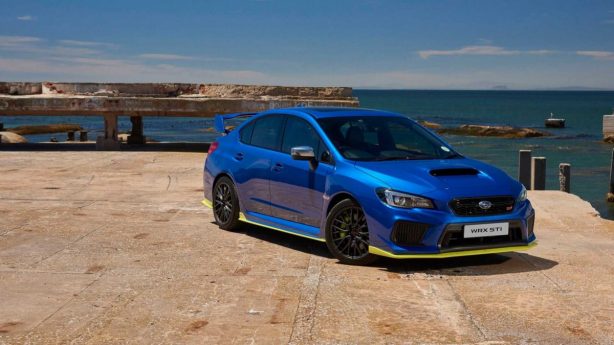 Officially registered in April 1988, Subaru Tecnica International, or STI as it’s more commonly known, has been synonymous with performance and racing for three decades. To commemorate it’s 30th anniversary, Subaru is introducing the WRX STI Diamond Edition, the most powerful factory produced STI ever built.

But before Subaru fans around the world can rejoice, the tuned up STI is the work of Subaru South Africa and limited to just 30 examples in, you guessed it, South Africa.

Nevertheless, the limited edition car gains a remapped ECU and a performance exhaust system. The 2.5-litre, high-boost turbocharged boxer engine’s power is now a feisty 260kW at 4,500rpm and churns out 464Nm of torque at 4,000rpm. Top speed remains 255km/h but the 0 – 100km/h sprint time has been trimmed to under 5 seconds. 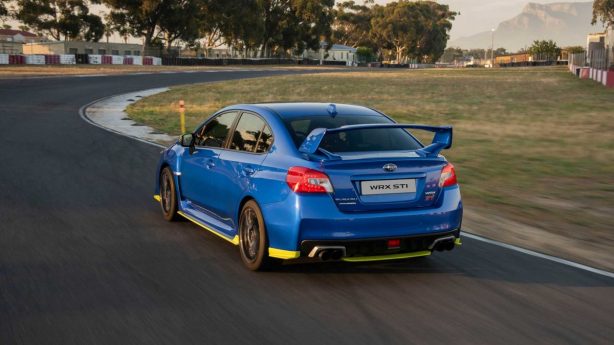 To cope with the extra performance, the Subaru SA team also fitted a new STI engine brace for increased stabilization and balance. The resultant force is kept in check by the standard Brembo braking system that features 6-pot calipers at the front and 2-pot calipers at the rear.

Compared to the standard WRX STI, the Diamond Edition strikes a more aggressive stance and features stand-out elements. Making use of spacers on all wheels, the car sits 20mm wider than the standard car. Another key identifier of the Diamond Edition is an all-round body kit finished in the same High Viz yellow hue that adorns the Brembo brake calipers. The kit lowers the car by 10mm at the front adding to the sportier stance. Elsewhere, high gloss black 30 Diamond Edition badges on the sides of the rear wing serve to identify its special status. 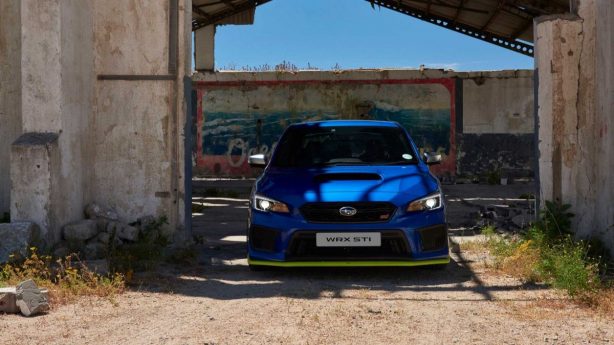 The tweaked STI retails at R799,000 in South Africa, which translates to approximately $75,000 Australian dollars.