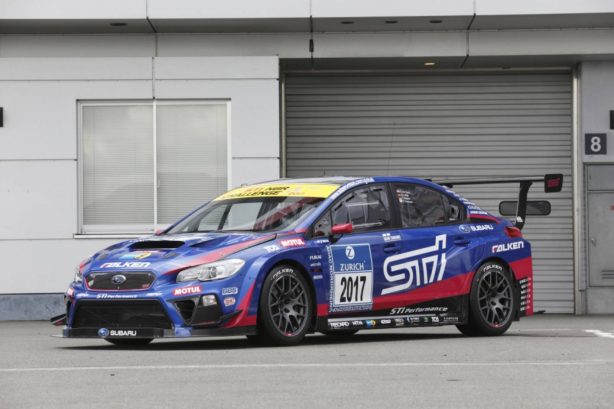 Subaru’s tuning and motorsports subsidiary, Subaru Tecnica International (STI), will participate in the 45th Nürburgring 24-Hour Race in Germany this weekend, with a reworked WRX STI.

It is the the company’s 10th consecutive year in the race, with the WRX STI running in the SP3T class, for turbocharged vehicles up to 2.0 litres. The team is aiming for its third consecutive win in the class and its fifth overall.

To improve its competitiveness in one of the world’s most challenging races, the WRX STI has increased engine output, paddle shifters and enhanced transmission performance, as well as optimised chassis geometry, improved stiffness balance, reduced body weight, lowered moment of inertia, and increased front downforce, among other improvements. 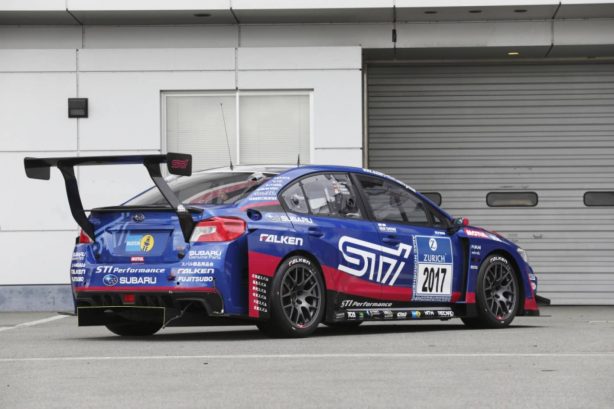 Taking turns behind the wheel in the endurance race will be racing drivers Carlo van Dam (Netherlands), Marcel Lasée (Germany), Tim Schrick (Germany), and Hideki Yamauchi (Japan), who were all involved in the victories of the past two years. Shigeo Sugaya of STI will manage the team, as he did in 2016.

In addition, six mechanics selected from Subaru dealers around Japan will again join the team. Subaru has had dealer technicians participate in overseas auto races since 1990 – a unique initiative aimed at delivering the “Enjoyment and Peace of Mind” of Subaru cars to customers by improving the technical skills of mechanics.

Through to the end of 2016, 351 Subaru mechanics had taken part in Safari Rallies, World Rally Championships and the Nürburgring 24-Hour Races.

The 2017 Subaru WRX STI Nurburgring Challenger is powered by a 2.0-litre turbocharged boxer engine developing 250kW and 461Nm of torque. It drives through Subaru’s symmetrical all-wheel drive paired with a six-speed sequential gearbox.