Subaru teams up with Team BMR for 2016 BTCC debut 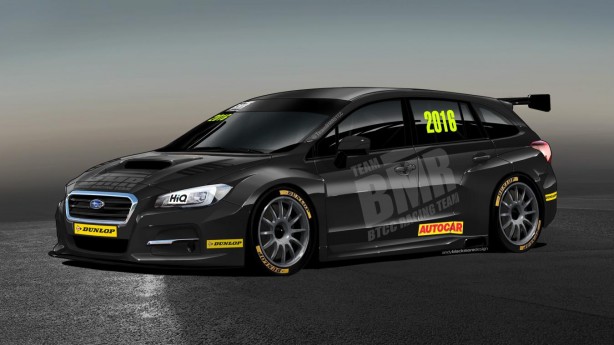 Subaru has partnered with Team BMR for its entry as a constructor team for the 2016 British Touring Car Championship.

Speaking of the new partnership, Team Principle Warren Scott enthused: “I am extremely delighted that BMR are to become a manufacturer team in only our 4th year of competing in the BTCC, I have had aspirations of becoming a race winning team with factory support from the very beginning and I am immensely proud of the team for giving Subaru the confidence in partnering BMR.”

Team BMR will be switching to the new Subaru Levorg Sports Tourer for the 2016 BTCC season and will be developing the car and engine, supported by the global resources of Subaru and Subaru UK.

The team will join the fight for the Constructor’s title this year with Honda, MG and BMW.

For Subaru it will be their first step into The British Touring Car Championship with current plans to team with BMR for a three year term. BMR will be entering a 4 driver line-up, including BTCC favourites Jason Plato and Colin Turkington.

With the start of the season just two months away the team are working flat out to get the cars built and ready in time for testing to commence in the next few weeks.  The official reveal will be during the official BTCC Media Day at Donington Park on Tuesday 22nd March, ahead of its race debut at Brands Hatch for the first round of the Dunlop MSA British Touring Car Championship on the 2nd and 3rd April.