Subaru BRZ STI On Its Way 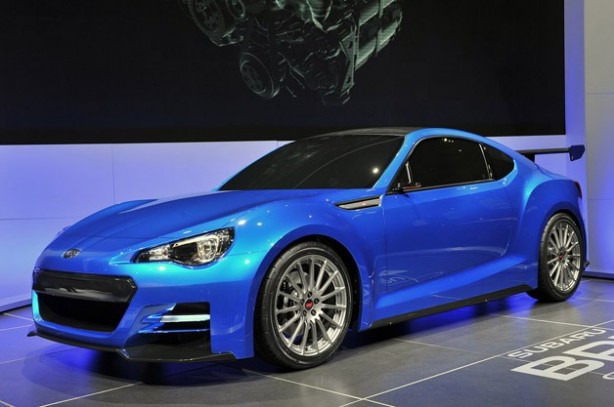 Subaru is said to be developing a STI version of its BRZ sports coupé.

According to Auto Express, Subaru’s Global Marketing Manager, Atoshi Atake said in a recent interview: “We have already had many requests from interested customers regarding a faster version. Let me say this – we will certainly satisfy our customers. We are already working on a faster version.”

The BRZ STI will take inspiration from the STI concept revealed at the 2011 Los Angeles Motor Show. Powering the STI will be tuned version of the 197bhp (145kW) 2.0-litre boxer engine from the standard car. 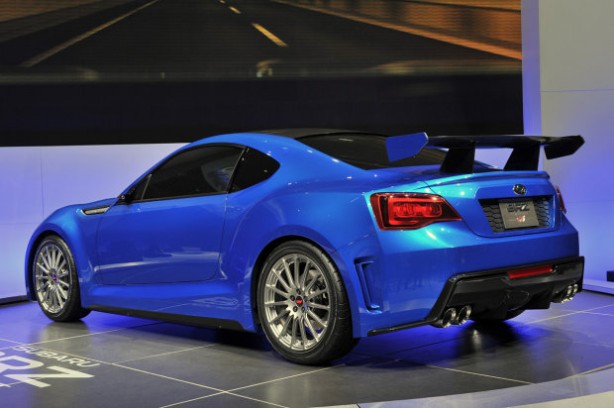 Power will likely be hiked to around 250bhp (184kW) with a better free-flowing exhaust as well as modifications to the engine’s variable valve control system. The STI’s engine will also sport a higher rev limit of around 7,500rpm.

However, the biggest bomb shell that Subaru dropped was that the BRZ STI won’t be turbocharged! It seems there isn’t sufficient space at the front of the engine bay for an intercooler. According to Atake, another reason is Subaru wants to keep turbocharging exclusively to models like the WRX STI. 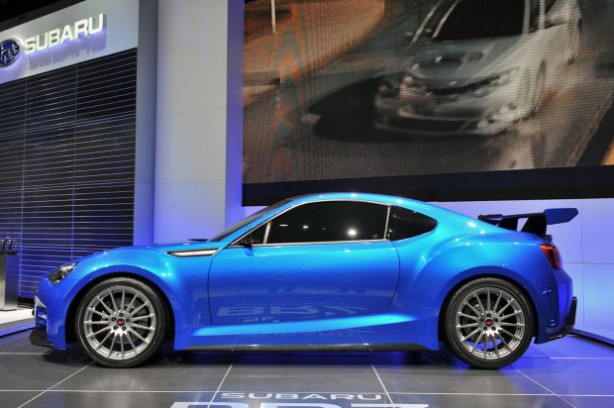 The BRZ STI is set to be lighter than the 1,250kg standard car, courtesy of racing bucket seats and possibly a carbon fibre roof and bonnet. Visual enhancements will also set the hot BRZ from its humble sibling, including a dramatic bodykit, stiffened and lowered suspension, lightweight 18-inch alloy wheels and upgraded brakes.

Atake had the following to say when asked if a convertible BRZ is on the cards: “Yes, that is certainly possible. We already have pillarless doors – you can imagine how removing the roof would make the car look.”

The Subaru BRZ coupé and its Toyota twin, the GT86 have been phenomenal success for both companies. Sales of the Subaru BRZ in Japan are four times what the company had initially forecast.