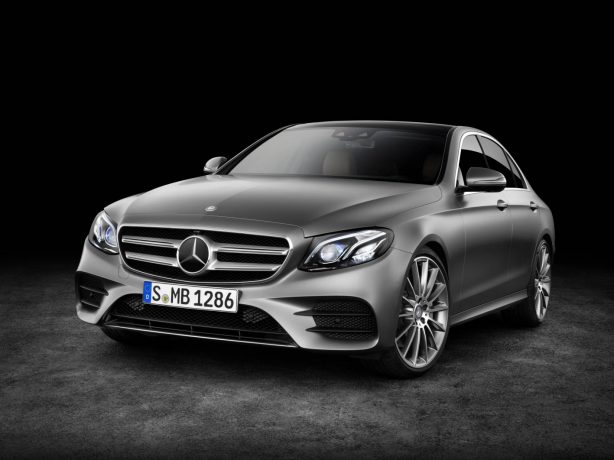 Mercedes-Benz are taking a big step into the future with their next-generation E-Class range. Due in July, the new models will benefit from stylish body enhancements, an exclusive new interior and a host of technological enhancements.

Compared with its predecessor, its wheelbase length has grown by 65 millimetres, along with an overall length increased by 43 millimetres. Mercedes claims the new models have improved handling characteristics thanks to an increase in track width (20mm increase at the front, 7mm at the rear).

At launch, the new E-Class will arrive in three engine variants, the E 200, E 220 d and the E 350 d. All models will be equipped with the new 9G-TRONIC nine-speed automatic transmission.

The entry level petrol model, the E 200, utilises a 2.0L 4-cylinder petrol engine which produces 135kW and 300Nm of torque. The E 220 d entry level diesel model is powered by an all-new 4-cylinder diesel engine, which is more compact and efficient than its predecessor. In combination with the 9G-TRONIC transmission, the E 220 d produces 143kW and 400Nm, while consuming a claimed 4.1 L/100km (combined). 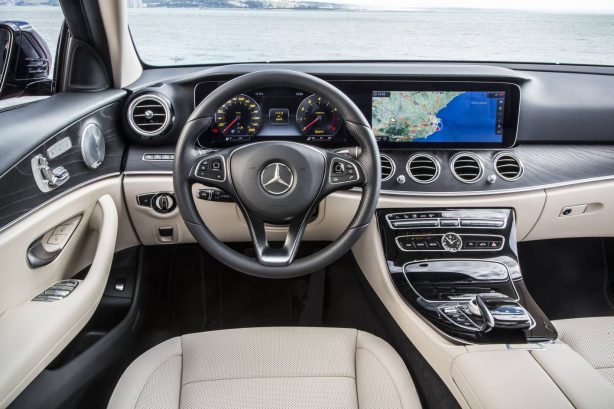 The interior has been given a technological overhaul with its two next-generation high-resolution displays, each measuring 12.3 inches. Beneath their shared glass cover, the two displays visually conflate into a wide-screen cockpit, creating a central element that emphasises the horizontal orientation of the interior design. The driver has a choice between three different looks for their wide-screen cluster: “Classic”, “Sport” and “Progressive”.

The new E-Class is also the first to host touch sensitive steering wheel controls. Like a smartphone interface, they respond precisely to horizontal and vertical swiping movements, allowing the driver to control the entire infotainment system using finger swipes without having to take their hands off the steering wheel.

According to Mercedes, the new model handles better and reduces road noise and vibration even more effectively than its predecessor. To achieve this, the engineers opted for a body shell with a far higher proportion of aluminium and ultra-high-strength steel components than its predecessor.

The front wings, bonnet, boot lid, and large sections of the front and rear ends are made of sheet or cast aluminium. This lightweight design reduces fuel consumption and makes for tangibly sporty and agile vehicle handling.

The new Mercedes-Benz E-Class will launch in July 2016 and is now open for order. Pricing for the petrol E 300 and E 400 4MATIC will be announced closer to the launch. The list price for the diesel variants excluding on-roads are as follow: