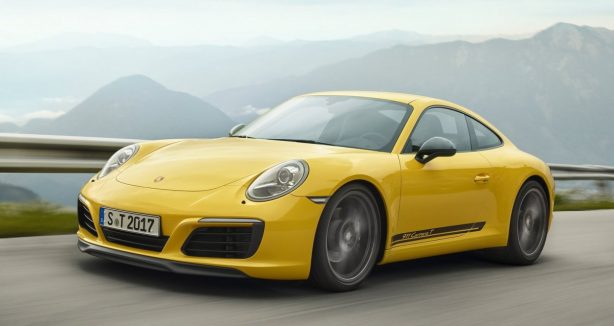 Here’s a piece of news that will please Porsche purists – a lighter, faster and importantly, manual 911 dubbed the 911 Carrera T (for Touring).

Based on the 911 Carrera, the new model sees the brand revive the concept behind the 911 T of 1968, bringing less weight, shorter transmission ratios for the seven-speed manual transmission and rear-wheel drive with mechanical rear differential lock to the model, the latter for “enhanced performance and intense driving pleasure”. 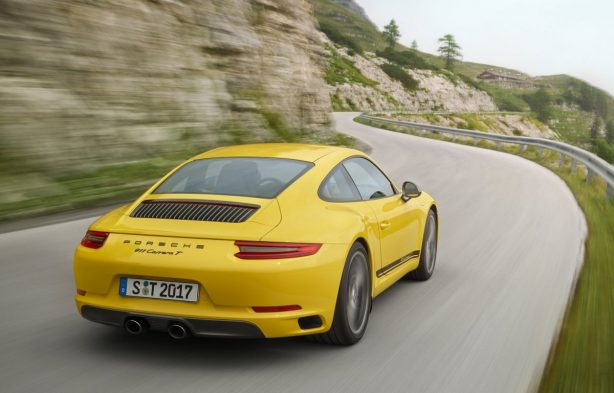 The 911 Carrera T is also the lightest 911 on sale today, tipping the scales at 1,425kg (20kg lighter than a 911 Carrera), thanks to a series of lightweight measures including rear and side windows made from lightweight glass, doors featuring opening loops and reduced sound insulation. Porsche has also ditched the rear seats, as well as the Porsche Communication Management (PCM), although customers can have them put back in at no extra cost.

With unchanged output from its 3.0-litre twin-turbo flat six generating 272kW and 450Nm of torque, the Carrera T shaves 0.1 second from its 0-100km/h sprint, stopping the clock at 4.5 seconds. The optional PDK auto cuts a further 0.3 seconds from the time, dropping the century sprint to 4.2 seconds. Both transmissions come with a top speed of over 290km/h. 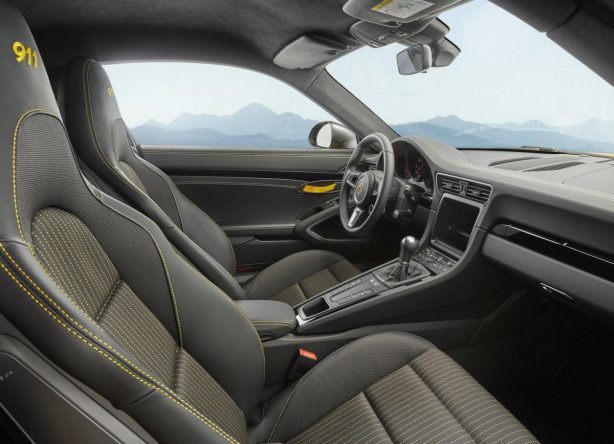 Along with better performance, the Carrera T also boasts equipment not available for the standard Carrera, including the PASM sports chassis, the weight-optimised Sport Chrono Package, a shortened shift lever with red shift pattern and Sport-Tex seat centres. Rear-axle steering is also offered as an option. 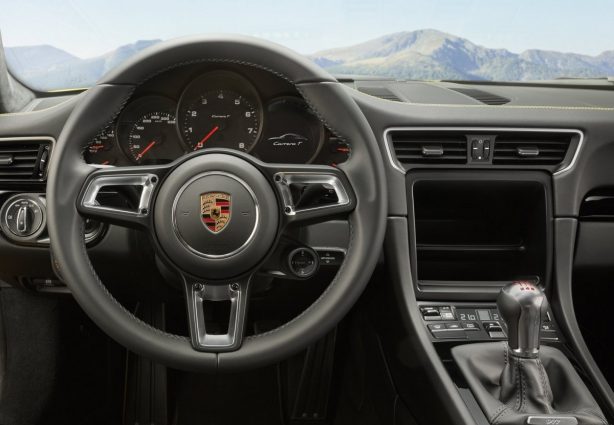 Meanwhile, the interior has been upgraded with a GT sports steering wheel with a mode switch and black, four-way, electric sports seats with a seat centre in Sport-Tex fabric and headrests featuring a “911” logo stitched in black. Full bucket seats are an option.