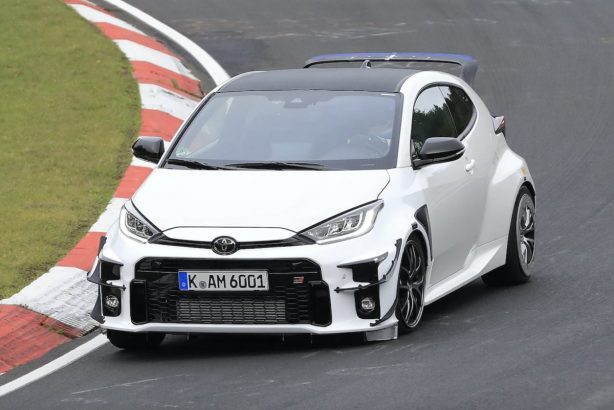 Hot on the heels of the GR Yaris launch last month, Toyota is already cooking up an even hotter version of the pocket rocket.

Caught pounding the notorious Nurburgring circuit in Germany, the Toyota Yaris GRMN – short for Gazoo Racing Meister of Nürburgring – builds on the GR Yaris already hot exterior with added carnards on the front bumper, air breather on the front fenders, a larger rear roof spoiler and a blacked out roof panel. It can also be seen rolling on different style wheels, most likely lightweight alloys rims to shed a few kilos off the unsprung weight. 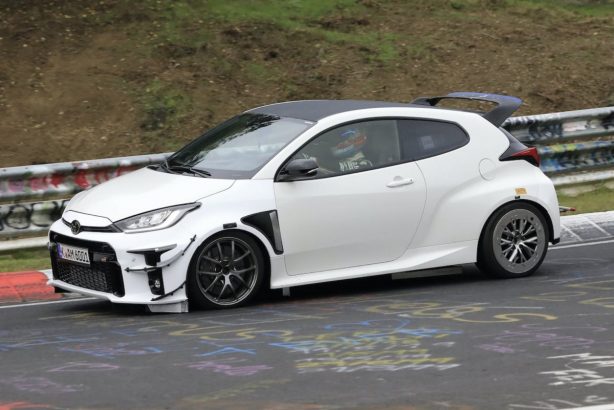 Toyota’s GRMN moniker is used only on its most hardcore models such as the upcoming Supra GRMN, and the Yaris GRMN befits its name looking mouth-wateringly track ready.

But looks alone is nothing if there’s no punch. And so the Yaris GRMN is expected to pack an uprated version of the GR Yaris’ turbocharged 1.6-litre three-cylinder engine with power raised to 223kW (300 horsepower in old money), 23kW more than the GR Yaris’ 200kW. Peak torque is said to remain at 370Nm. 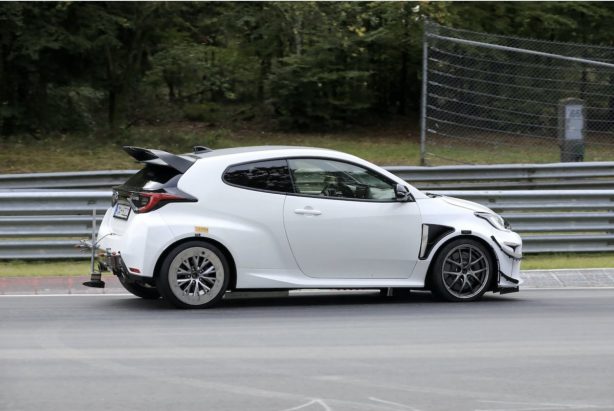 Designed to be a purist sports car, the Yaris GRMN will continue to utilise a six-speed manual transmission, which shuffles power to all four wheels via a GR-Four permanent all-wheel-drive system. With the GR Yaris capable of launching to 100km/h in just 5.2 seconds, expect the Yaris GRMN to shave one-tenth of a second off the time.

The Toyota Yaris GRMN is slated to debut in the first half of 2021. 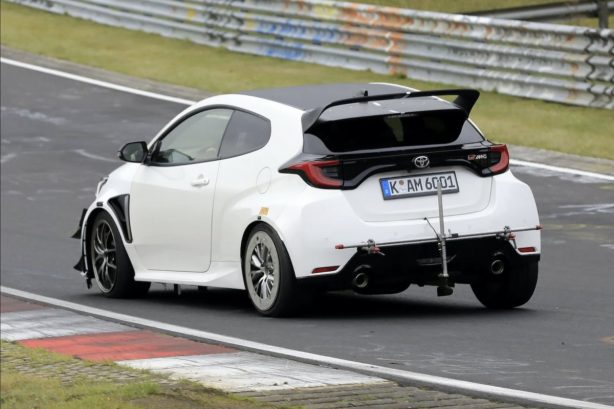