SPIED: Tesla Model 3 caught without camo for the first time 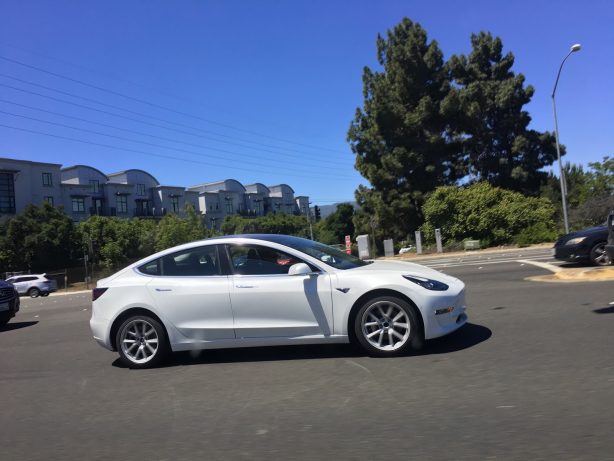 Tesla’s upcoming Model 3 has been spotted in Cupertino, California this weekend with hardly a shard of camouflage, giving us the clearest idea yet of the car’s exterior styling.

Posted on reddit by gamerfreak4life and Ramon Alvarado via Electrek, the most affordable Tesla looks nearly production ready, showing off its wedge shape design and Porsche Panamera-like front.

This also confirms earlier reports that Tesla is skipping beta testing for the Model 3 and jumping straight to building “early-release” cars, and this may be one such vehicle. Nevertheless, the final design may still change as Tesla could still tweak the car’s styling until its official release in July. 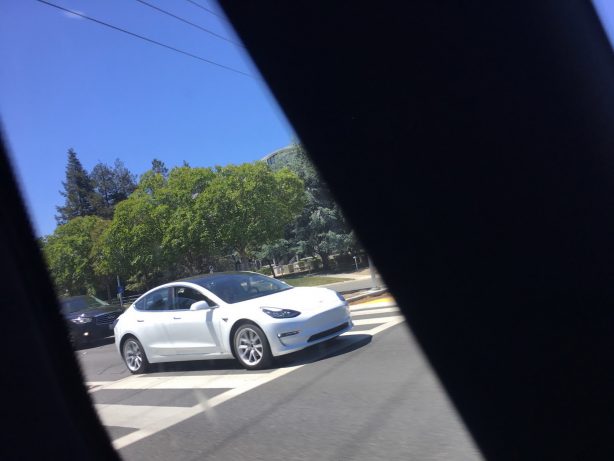 We should know more in the coming months.