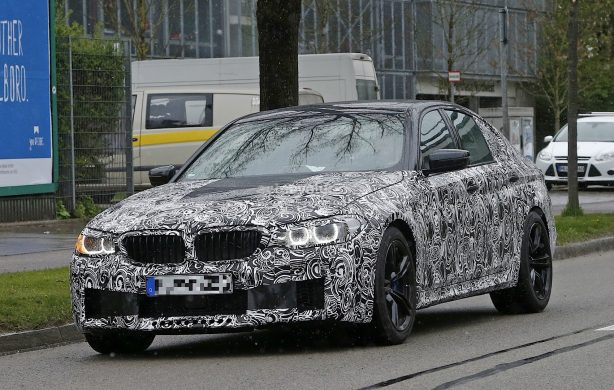 The next-generation BMW 5 Series appears to be inching closer to production as evident by these latest spy photos.

Codenamed G30 for the sedan, the new model was spotted out in the open with near-production trim and very little camouflage. 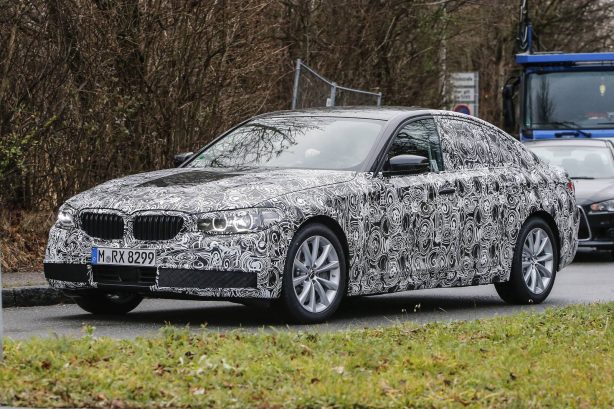 The main difference is confined to the front fascia, where the G30 adopts BMW’s new face, with larger, three dimensional kidney grilles (complete with Active Air Stream technology) that flow into the headlights. The headlights themselves gain reshaped “corona ring” LED daytime running lights that was first seen on the facelifted F30 BMW 3 Series. 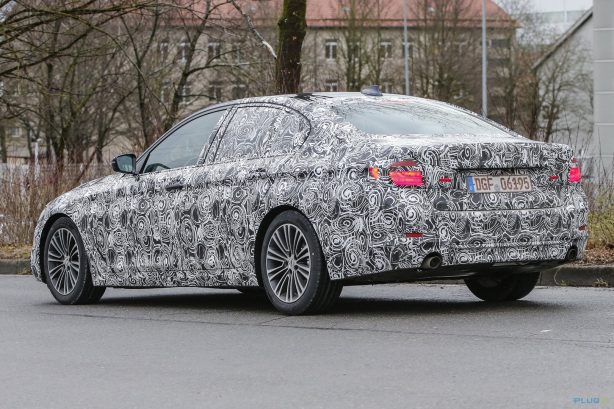 At the back, there is the usual L-shaped LED taillights and new twin trapezoidal exhaust outlets (likely limited to six-cylinder models). M Sport models will also get a rear diffuser.

As for the new M5, codenamed F90, it will feature large air intakes, wider wheel arches, a larger rear diffuser and purposeful quad exhaust pipes. While hidden from view on this prototype, the car will get unique front fender vents as well. 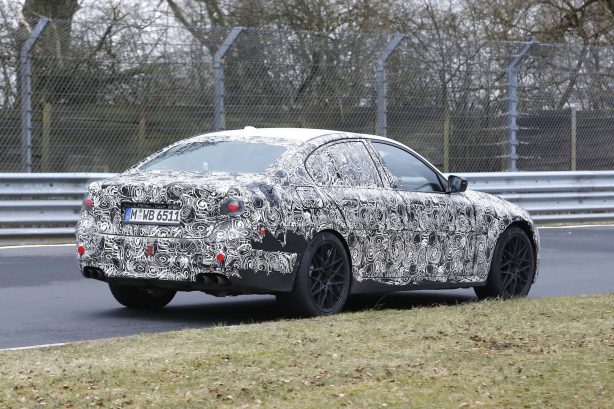 The G30 5 Series is expected to share the new 7 Series’ Carbon Core construction, shaving around 100kg off it weight compared to the current model.

Underneath the bonnet is a range of four-cylinder and straight-six turbocharged petrol and diesel engines, as well as a plug-in hybrid similar to the 740e and X5 xDrive40e. The F10’s six-speed manual and ZF eight-speed automatic is expected to be carried over.

The range-topping M5 is likely to feature the same 4.4-litre twin-turbo V8 from today, although tweaked for more power and better efficiency. It will reportedly churn out as much as 460kW and connected to a seven-speed dual-clutch transmission (M DCT) and Active M Differential, both of which are also carried over. In a first for the M5, an xDrive all-wheel drive system will be offered as an option.