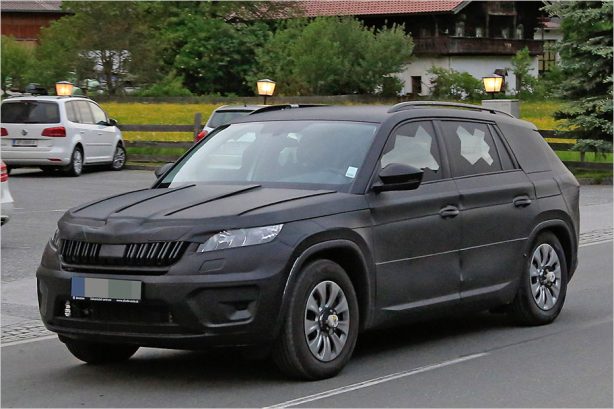 Spied ahead of its official debut, we get a first look at Skoda’s new 7-seat SUV; the Kodiaq.

Named after the Kodiak bear that lives on the homonymous island off the southern coast of Alaska, its spelling is said to derived from the language of the indigenous people – the Alutiiq. 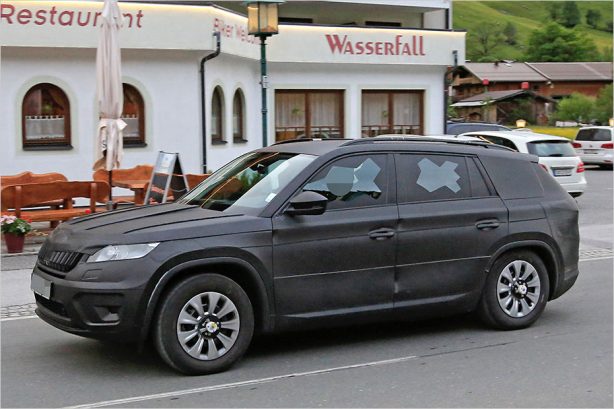 Like the bear it is named after, the Kodiaq is Skoda’s first foray into the large SUV segment. The new car will measure 4.70 metres long and is said to seat seven comfortably besides having excellent on and off track performance.

Even with the extensive camouflage we can clearly see the design choices made for the large SUV. The concept features a sloping roof, wide grille, large clamshell bonnet, roof racks and bulging sills giving the vehicle a tough, muscular look. 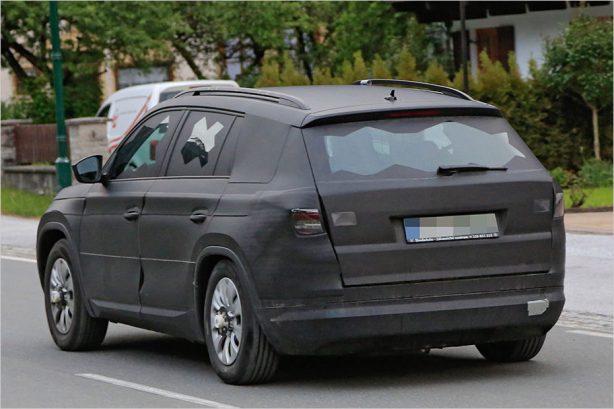 The rear is a bit better covered; the lights have been masked off however, we can see a small roof-mounted spoiler that gives the SUV a sporty look.

No official driveline details have been released however, if we look back to the Visions concept study from February, Skoda suggest a plug-in hybrid model could be on the cards.

The Skoda Kodiaq will hit the market in 2017.