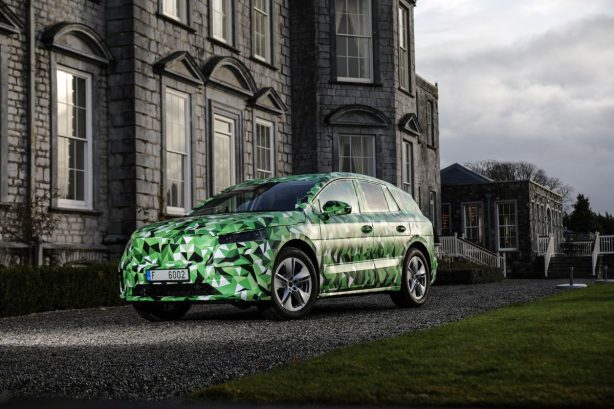 Skoda has given us a first glimpse of its first electric vehicle, the Enyaq iV. Essentially a rebadged version of the upcoming Volkswagen ID.4 EV, the Czech SUV will sit on the same modular MEB electric platform and share the VW’s powertrain.

Despite the heavy camouflage, the official “spyshots” shows the Enyaq has an almost similar profile as the ID.4, albeit featuring a more angular design language favoured by Skoda.

At 4,648mm long, 1,877mm wide and 1,618mm tall, the Enyaq will be marginally smaller than the conventionally powered Kodiaq, and because the batteries are located under the floor, Skoda says the Enyaq provides a ‘living room’ like ambience, along with a 585 litre boot. 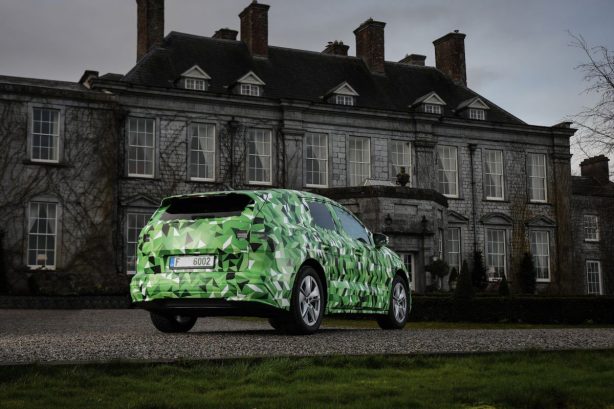 Five variants will be on offer with model names that correspond to the battery capacity. Kicking off the range is the 50 with a 55kWh battery and a rear-mounted 109kW motor that is good for up to 340km on a single charge.

Also on offer are a pair of all-wheel drive variants with a second electric motor mounted up front and a range of 460km. The 80X packs 195kW, while the high-performance RS comes with a potent 225kW of power that enables it to sprint from 0-100km/h in 6.2 seconds. Flat out, it will hit 180km/h.

The batteries can be replenished from 10% to 80% in just 40 minutes with charging capacity capped at 125kW.

The Skoda Enyaq is expected to make its debut later this year.