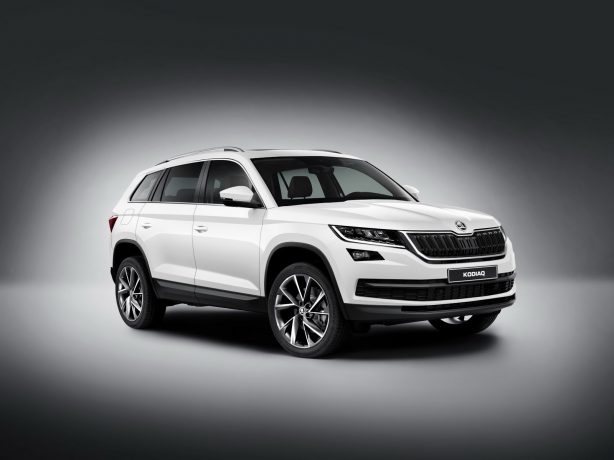 The 2017 Skoda Kodiaq has been revealed in its full glory after numerous teases. The new SUV is Skoda’s first foray into the large crossover segment and is available with seven seats. 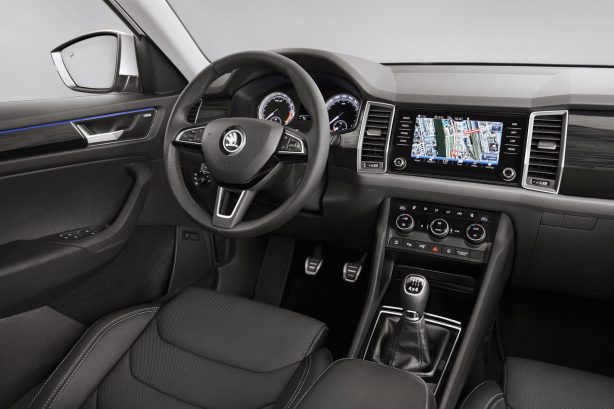 Inside, the minimalist interior looks sharp, with a large central display that bisects the dashboard into two separate areas for the driver and passenger.

The infotainment system comes standard with a 6.5-inch touchscreen complete with Apple CarPlay, Android Auto and MirrorLink. It can be optioned up to the 8-inch Bolero system with HD screen and an In-Car Communication (ICC) function that uses the handsfree microphone to project the driver’s voice to the other occupants. 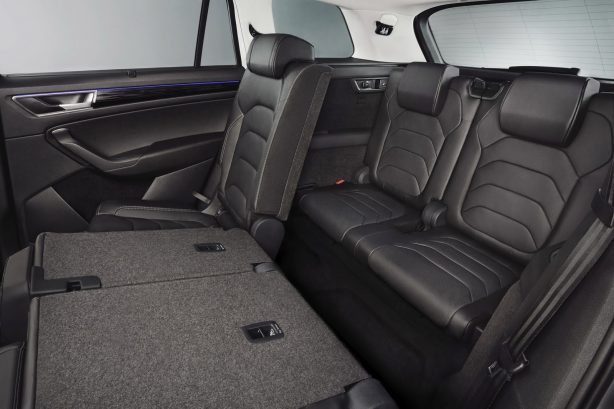 The car’s second-row seats can be folded 60:40 and are individually reclinable as well as slid forwards or backwards some 18cm to provide more room for the optional third row seats.

Based on Volkswagen Group’s MQB platform, the Kodiaq measures 4,697mm long, 1,882mm wide and 1,676mm tall, with a 2,791mm wheelbase, making it smaller than Volkswagen’s current-generation Touareg and just 40mm longer than the Octavia.

The 1.4 TSI is paired with a six-speed manual and 2WD, while the 110kW variant mates with the manual or a six-speed DSG in either 2WD (DSG only) or AWD. The 2.0 TDI meanwhile is offered with a choice of the manual or a new seven-speed DSG in either 2WD (again DSG only) or AWD. The higher output 2.0 TDI and TSI are offered exclusively with the seven-speed DSG and AWD.