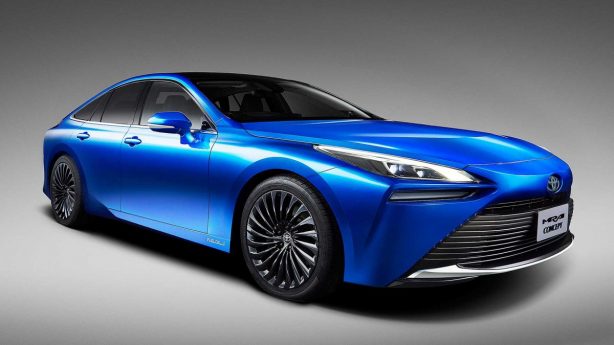 The Toyota Mirai may be the first mass production hydrogen fuel-cell electric vehicle (FCEV), but its looks are nothing to shout about, not that it’s supposed to.

Now, Toyota has revealed the second-generation Mirai, rebooted as a premium sedan with a totally transformed design. Based on Toyota’s premium rear-wheel drive platform, the all-new Mirai debuts a dramatic coupe-inspired design with improved passenger room and comfort.

With a 30 percent increase in range – up to 640km – thanks to improvement in fuel cell system performance and increased hydrogen storage capacity, the new Mirai promises a more powerful, engaging and even quieter driving experience than its pioneering forerunner. 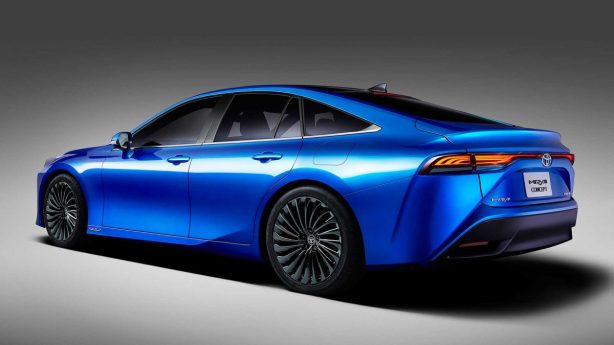 “We have pursued making a car that customers feel like driving all the time, a car that has emotional and attractive design appeal, as well as dynamic and responsive driving performance that can bring a smile to the faces of drivers,” said Yoshikazu Tanaka, Chief Engineer of the Mirai. “I want customers to say, ‘I chose the Mirai not because it’s an FCEV, but because I really wanted this car, and it just happened to be an FCEV.’”

At its core, the Mirai is an electric vehicle, but it never needs to be plugged in to recharge. An FCEV generates its own electricity onboard from hydrogen & oxygen, with water as the only tailpipe emission. A fill-up takes just about five minutes at a hydrogen fueling station in California or Hawaii.

The new Mirai is built on a rear-wheel drive platform, a major departure from the original front-wheel drive design. The new platform allows for a body that is lower, longer, and wider, with its bolder stance accentuated by 20-inch alloy wheels.

Toyota says the design is more aerodynamic, yet also emotionally evocative without being aggressive. It’s truly a case of zero-emissions doesn’t have to mean dull. 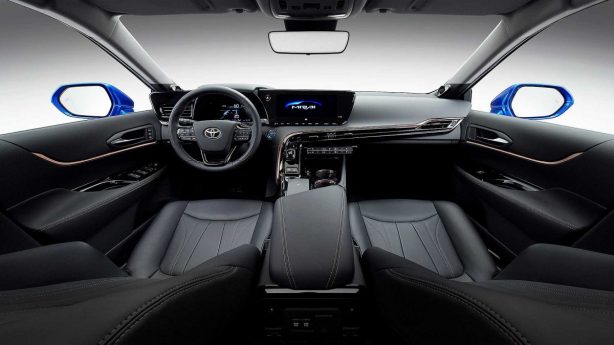 The dramatic design carries into the interior. The flowing lines of the dash neatly integrate a higher level of user tech in the new Mirai, including a standard 8-inch digital combination meter and available digital rear view mirror that displays images from a rear camera. The standard Toyota Premium Multimedia system, which uses a 12.3-inch high-resolution TFT touchscreen, includes navigation and a 14-speaker JBL sound system.

The new Mirai will go on sale in late 2020 and will deliver an evolution of Toyota’s hydrogen FCEV powertrain technology and offer a critical look into the future of Toyota’s lineup.