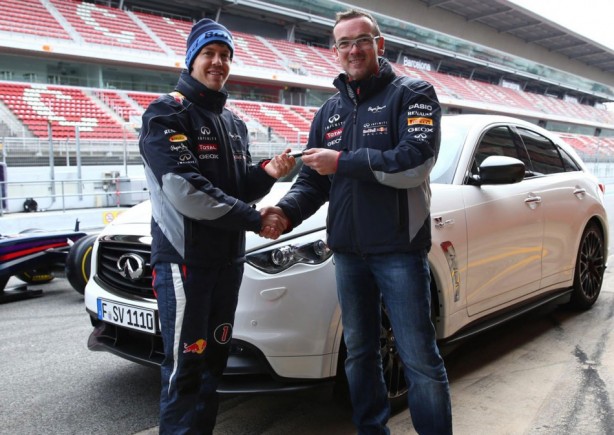 Triple F1 world champion, Sebastian Vettel turns 26 today. And as a birthday present, his other employer, Infiniti, has presented the German driver with the car that is named after him, the Infiniti FX Vettel Edition.

Developed with input from Sebastian, car number 001 of the 150 that will be made was delivered to his home in Switzerland.

The FX Vettel Edition is the most powerful model in the Infiniti line-up and made its debut at the 2012 Goodwood Festival of Speed, driven up the famous hill by Vettel himself, of course. He became Infiniti’s Director of Performance in April 2013 and his role has since included multiple development and comparative test drives as well as participation in engineering briefings with Infiniti teams around the world. This includes direct driving input into the steering and braking performance of the all-new Infiniti Q50 premium sports saloon. 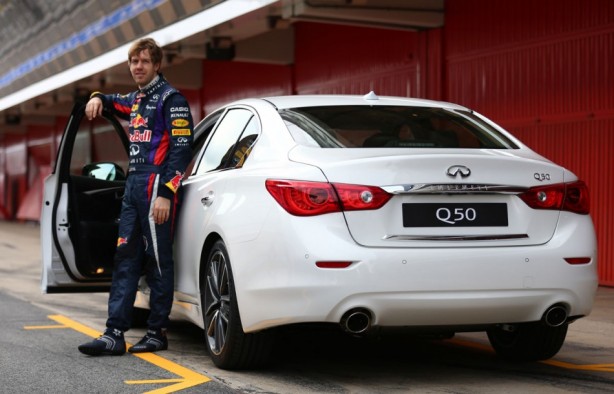 “I’m proud to now own the Infiniti that I helped design. It has great performance, responsive handling and fits my daily life perfectly. The FX Vettel Edition is great fun to drive and I like that it is totally unique, I am sure many other Infiniti owners will feel the same way,” said Vettel.

Sadly for Australia, the Infiniti FX Vettel Edition won’t be making an appearance down under as it is only built in left-hand drive.