Scooped: Mercedes-AMG GT four-door coupe to be a 600kW hybrid 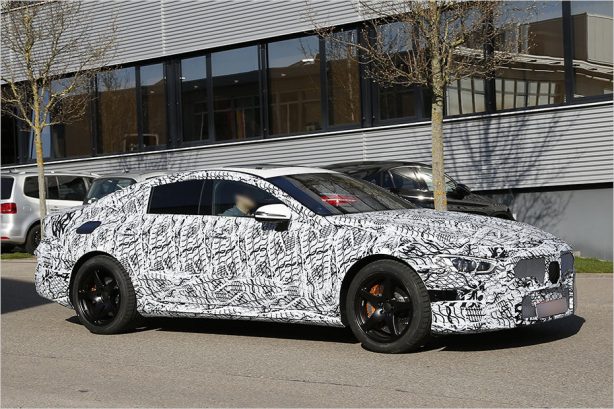 Just a week after having its cover taken off at the Geneva motor show, the Mercedes-AMG GT four-door concept has hit the streets for testing ahead of a 2018 debut.

This time around the reborn CLS aims to take on not just the Porsche Panamera, BMW M6 Gran Coupe and Audi RS7 but also the all electric Tesla Model S.

Heavily camouflaged including what appears to be an old CLS rear section attached to the back, the Mercedes-AMG GT prototype reveals few details but some elements of the design echo what we have seen at Geneva. Sporting a pair of extra rear doors the AMG GT Concept retains the sleek roofline and slender taillights of its coupe sibling but the show car’s center exhaust tip has been replaced with more conventional quad tips. Also gone are the Tesla-style flushed door handles. 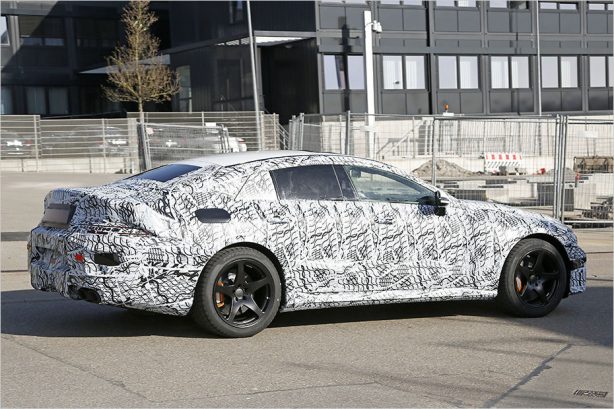 Powertrain line-up is expected to be a mix of petrol and hybrid but no diesel, at least not at launch. The AMG version will get Mercedes’ new F1-inspired performance hybrid powertrain showcased at Geneva. It combines the 4.0-litre V8 biturbo engine found in the road-going AMG GT coupe with a high output electric motor. Power is channeled to all four wheels via the company’s 4MATIC all wheel drive system. Mercedes says the new hybrid system offers the opportunity to generate a total output of up to 600kW in its final tune, allowing the four-door GT to cover the sprint from 0-100km/h in less than 3 seconds. Expect the figures to carry through to the production model.

A lesser twin-turbo V6 model will compete at the lower end of the segment against the 6 Series Gran Coupe and Audi A7.