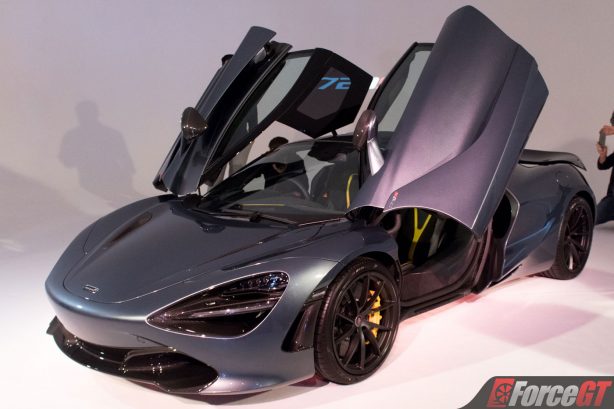 McLaren’s latest supercar, the 720S is officially here with prospective owners set to take ownership during the third quarter of this year. The 720S is McLaren’s long awaited successor to the popular 650S and part of their Super Series line up. As part of a six year plan, the 720S is the first of fifteen planned new models from McLaren.

No one can accuse the British based company of holding anything back, as the 720S is sporting some serious numbers that just years ago would have landed it in hypercar territory. It’ll go from a rest to 100km/h in a mere 2.9 seconds and then onwards to 200km/h in 7.8 seconds, keep the loud pedal down and the 720S will flex it’s legs all the way to 341km/h. It’s half a second faster than the 650S it’s replacing down the quarter mile laying down a very respectable time of 10.3 seconds. 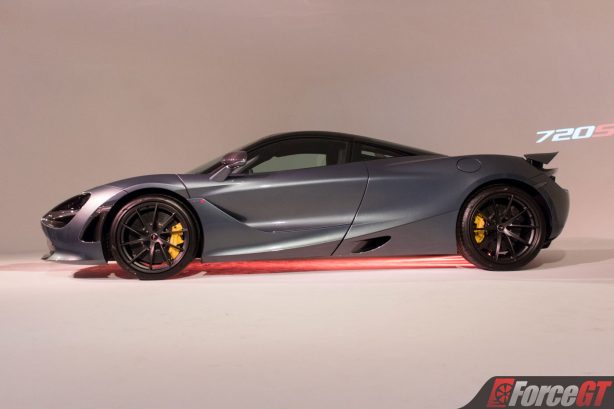 Big speeds require goliath sized brakes to haul everything to a stop, the 390mm front and 380mm rear carbon ceramic rotors matched to six piston calipers are more than up to the task. The 720S can drop the anchors for a complete stop from 100km/h in 29.7 meters or more impressively from 200km/h in 4.6 seconds and an almost McLaren P1 like 117 meters.

The engineers at McLaren have reached deep into their bag of talent to keep the weight for the 720S down to 1,283kg while keeping the carbon fiber chassis as rigid as possible. Less weight overall gives the twin-turbocharged 4.0 litre V8 an easier job of converting fuel into G forces for 720S occupants. As the name implies, power is rated at 720PS (530kW) and with its light weight we’re looking at 561PS (413kW) per tonne.

Known for their aerodynamic wizardry, McLaren have worked their magic on the 720S’s shrink wrapped body to gift it with twice as much aerodynamic efficiency as the 650S. This can be seen with the lack of side air intakes, the function now falls to the double skinned dihedral doors that channel cool air to the rear of the car and through the heat dissipating radiators. 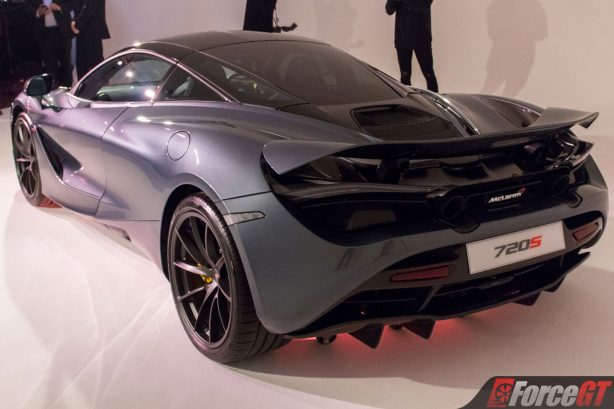 Beneath the teardrop shaped and heavily aero influenced body lies the 720S’s nervous system dubbed Proactive Chassis Control II or PCCII for short. The system samples data 500 times a second from 4 accelerometers and two pressure sensors per damper which is run through advanced algorithms developed at the University of Cambridge. Three separate drive modes can be selected depending on the situation, comfort, sport and track, it’s within sport and track mode that the Variable Drift Control can be setup to control how much slip angle the 720S will generate while in a slide.

The 720S is designed first and foremost for drivers who want to push the absolute limits of not only the car but also themselves, to assist with getting the most out of the car on the track, McLaren Track Telemetry is built into the on-board computer to provide the real time capture of throttle angle, lateral and longitudinal G-force, timing and speed measurements. There’s even a cabin mounted camera to record video footage to help dissect those sector and lap times. 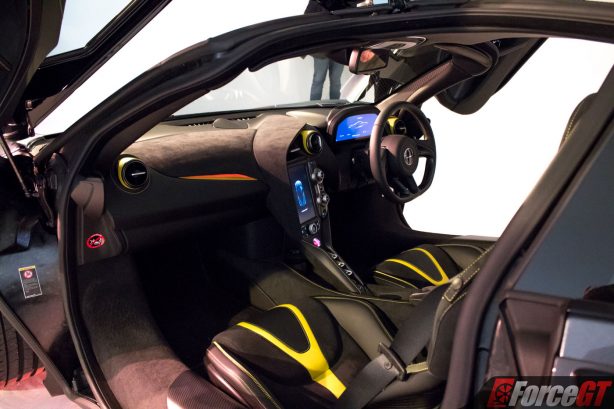 Available in three specification grades, Standard, Luxury or Performance, the 720S will be priced at $489,900 plus on road costs for the Australian market.

Previous Meet Holden’s next-generation Commodore Supercar – minus V8
Next Confirmed: Mitsubishi Evolution will be back!… as an SUV 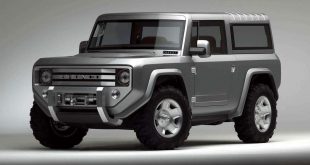 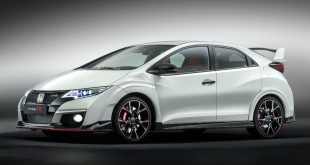