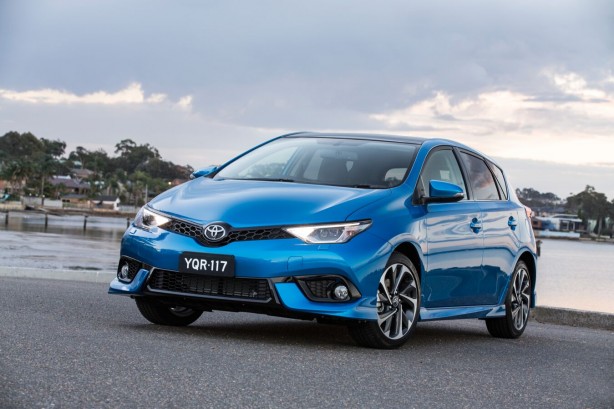 Toyota has announced pricing for its rejuvenated Corolla hatch. On sale now in dealerships across Australia, pricing for the new 2015 Corolla hatch starts from a sharp $19,790 excluding on-roads for the Corolla Ascent six-speed manual. An automatic transmission option adds $2,000 to the sticker.

The first is based on the refreshed European Toyota Auris and forms the basis of the popular Ascent and Ascent Sport grades in Australia. It displays a more prominent Toyota logo at the front, flanked by chrome ‘wings’, new headlight clusters, a more prominent front bumper and a lower grille that runs the full width of the car.

The second, more aggressive design, is adapted locally for the sporty SX and ZR Corolla hatch variants, debuted on the iM hatch from Toyota’s youth-oriented Scion brand in the US. Its sharp features include a body aero kit along with a distinctive piano-black honeycomb mesh pattern for its upper grille, hexagonal lower grille and side bezels. There is also a roof-mounted rear spoiler and newly developed 17-inch alloy rims with brighter, machined highlights. 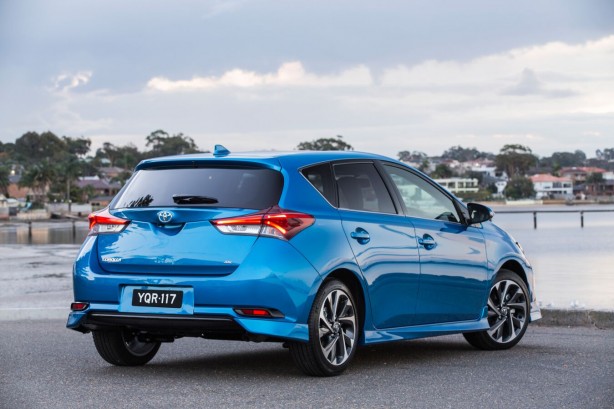 Range-topping ZR Corolla hatch is equipped for the first time with Bi-LED headlights and LED daytime running lamps. All grades are now equipped with a shark-fin antenna. There are eight exterior colours, including new Blue Gem and Citrus. 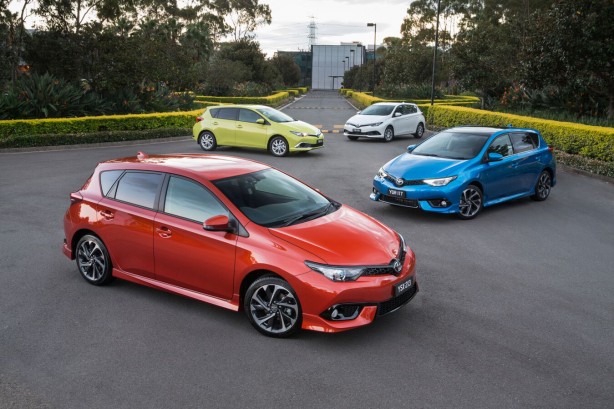 Efficiency gains across the board result in average fuel consumption with the six-speed manual gearbox improving to 6.7L/100km from the previous 7.1L/100km.

The Corolla’s revised seven-speed Multi-Drive automatic transmission also improves fuel efficiency with average consumption falling to 6.1L/100km – an improvement of half a litre.