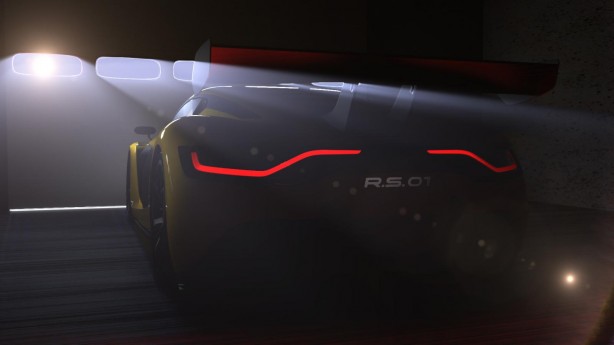 Renaultsport has released a teaser image for its new future sports car, along with a teaser video. The French carmaker has also revealed its name – the R.S. 01.

The teasing campaign started just over a month ago, when Renault unveiled the lines of the sports car. Today the manufacturer announced that the car will be unveiled on the 27th of August at the Moscow Motor Show.

Renault has remained tight lipped on details but hinted that the model is set to “become the next star in the World Series by Renault”.

The Renault R.S. 01 will be powered by a Nismo-sourced engine producing over 500 bhp (373 kW). The engine will be paired with a 7-speed sequential gearbox developed by Sadev.