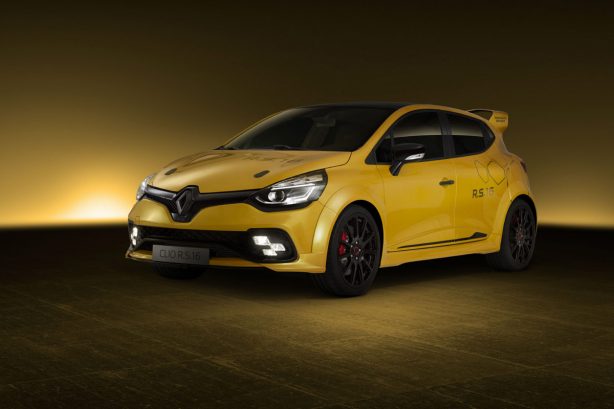 Renault Sport has unveiled the Clio R.S. 16, a concept built to celebrate the 40th anniversary of Renault’s go-fast division and the company’s return to Formula One racing.

A project completed in just five months, the Clio R.S. 16 brought the challenge of putting the 201kW (275hp) / 360Nm turbocharged 2.0-litre engine from the larger Renault Sport R.S. 275 Trophy-R under the bonnet of a regular Clio R.S.

“Our aim was to produce a concept car with genuinely outstanding performance credentials,” notes Patrice Ratti, Managing Director of Renault Sport Cars. “On paper, producing a Clio R.S. powered by our most potent engine was an extremely appealing idea, but we had to make sure it was feasible.”

Thanks to new working procedures involving teams from the worlds of motorsport and road cars, the incubation of the highest-performance road-going Renault Sport car ever took just five months. 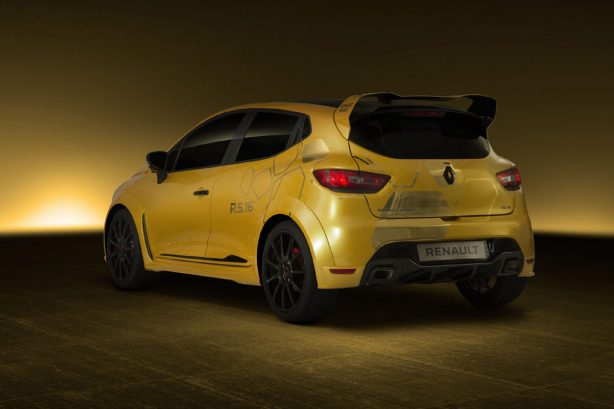 To fully exploit the potential of the new more powerful engine, the Clio R.S. 16 comes with chassis and suspension systems featuring solutions developed for racing. A six-speed manual gearbox sends power to the front wheels.

The super hatch also boasts a revised front bumper with larger air intake for improved cooling. Elsewhere, 19-inch wheels are housed under extended front and rear fenders, which push the width of the car out by further 60mm for a truly aggressive stance.

The Clio R.S. 16 made its debut in the past weekend at the Monaco Formula One Grand Prix, where Renault Sport Formula One Team’s driver Kevin Magnussen took to the wheel in its first public outing in the streets of Monaco.

While it’d be every enthusiast’s wish to see the Clio R.S. 16 becoming a reality, Renault has not confirmed if the concept will make it to production.