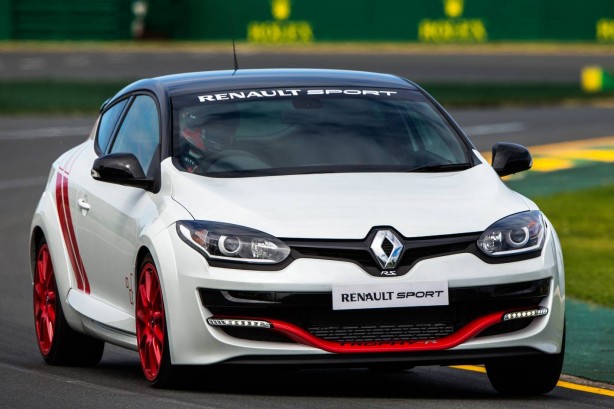 The Renault Megane R.S. 275 Trophy-R has become the first production car to set a lap record of the Albert Park Grand Prix Circuit in Melbourne with a time of 2 minutes and 23 seconds and an average speed of 133km/h.

The ‘Albert Park Challenge driven by Renault’ is a new addition to the 2015 Formula 1 Australian Grand Prix schedule. In 2014, the Megane R.S. 275 Trophy-R first took on Germany’s infamous Nürburgring and then Japan’s iconic Suzuka to set new front-wheel-drive production car lap records of these two challenging circuits. Now the Megane R.S. 275 Trophy-R has added a third title to its crown by taking on the Albert Park Grand Prix Circuit. 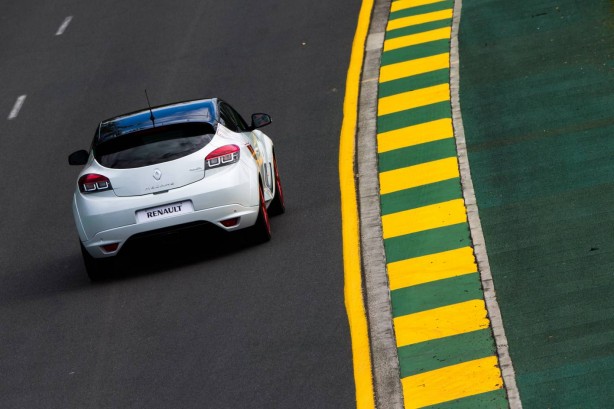 “It was a good car, nice to drive. Good suspension and it was a very good feeling,” said Daniil Kvyat, still buzzing when he finished the lap. “I have driven a Megane R.S. not the Trophy-R before in Moscow once – it’s a very nice car. With the Megane R.S. Trophy-R you can feel it is more sporty, the suspension is more sporty. It is made for proper racing driving.”

When asked what it takes to set a lap record Kvyat commented: “Good driving helps. You need to put a lap together knowing the track quite well and not making mistakes – this is key for a good lap time.”

Commenting on the impressive time by the Megane R.S. 275 Trophy-R, Justin Hocevar, Managing Director Renault Australia, said: “It was fantastic to watch the Megane R.S. 275 Trophy-R belting around the Albert Park Circuit and expertly driven by Daniil Kvyat. The Trophy-R represents the best of Renault Sport and it’s exciting for us to be able to demonstrate this in Australia. It is a very apt way for us to celebrate the 20th year of Formula One in Melbourne.” 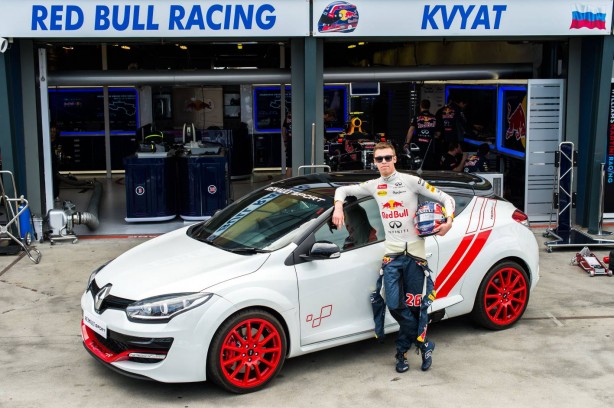 “You could definitely see that young Daniil was pushing hard in the Renault Megane and he produced a very impressive lap time. Let’s just hope the extra miles around the Albert Park Grand Prix Circuit don’t give him the edge over Daniel Ricciardo on Sunday!” Westacott said.

Only 50 examples of the track-bred Megane R.S. 275 Trophy-R have been allocated to Australia from a global production run of 250 cars, and one of these will be used for the Albert Park Challenge.

A Nürburgring Accessory Kit including a lithium-ion battery, steel/aluminium brake discs and six-point harness belts with aviation-style buckles is available in Australia and contributes to Mégane R.S. 275 Trophy-R’s lighter weight.