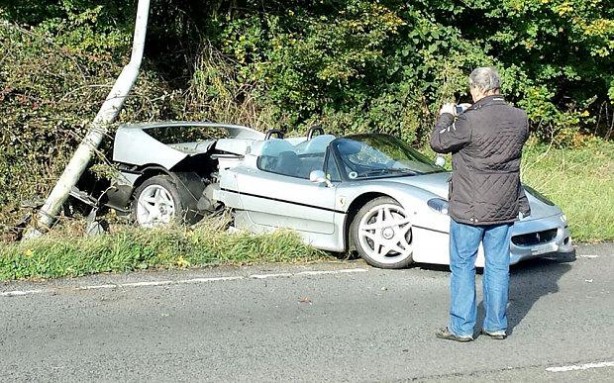 A rare silver Ferrari F50 has crashed on the A43 in the UK near the Silverstone racetrack.

According to the report on the Telegraph, onlookers said the driver appeared to have lost control of the car after joining a dual carriageway and hit a lamppost, causing extensive damage to the rear of the exclusive supercar.

The mishap could be one of the most expensive single-car accidents ever registered in the UK, besides the crash of a McLaren F1 in 2011 belonging to Rowan Atkinson.

The Ferrari F50 was built in the 1990s to commemorate the Italian maker’s 50th anniversary. Only 349 were ever made, making them one of the most exclusive supercars in the world.