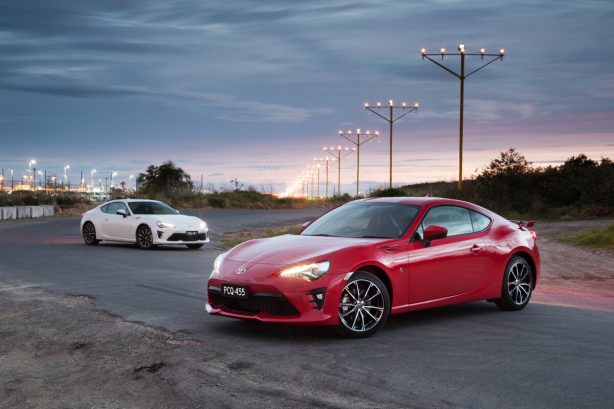 The updated Toyota 86, Australia’s best selling sports car, now gains a new “track” mode and sees a slight price increase of between $300 and $800 across the range. The cheapest Toyota 86 now lobs just over $30k, sitting at $30,790 before on road costs for the GT Manual.

Price jump aside, the rear-wheel drive coupe has been given a boost in appeal, with Toyota sharpening almost all aspects of the car including driving dynamics, engine performance, chassis, as well as the exterior and interior. 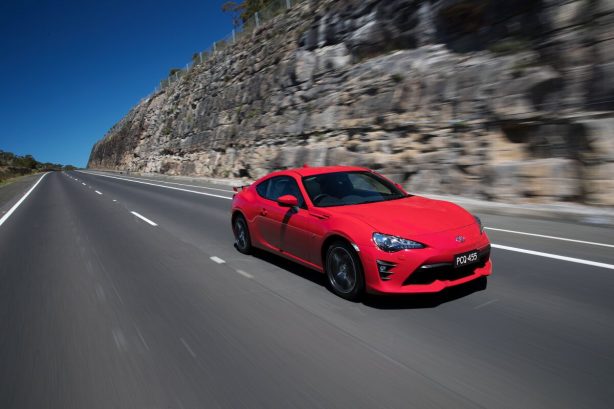 The revised coupé expands on its already highly rated dynamic prowess with a stiffer chassis, retuned suspension, improved aerodynamics and a new “track” mode derived from the 86’s racing experience at the 24 Hours of Nürburgring. It enables the driver to adjust the level of stability and traction control, including a “fully off” option.

Manual versions of the 86 gain an uplift in power and torque through revised intake and exhaust systems, modified pistons, a more rigid cylinder block and a differential gear-ratio change. The updates raise maximum power and torque by 3.4 per cent to 152kW and 212Nm.

Though the power gain isn’t much, the 2.0-litre four-cylinder boxer engine’s torque peak can now be generated over a 200rpm wider range of engine speeds, from 6400 to 6800rpm. The torque curve has also been improved at low rpms.

The engine achieves better breathing through improved intake and exhaust systems with revised runner lengths and diameters. The intake manifold is now made from aluminium and air flow is said to have been improved, along with a reduction in noise.

Toyota says the reinforced ribs on the rear surface of the cylinder block have enhanced rigidity while pistons have been modified for greater durability. 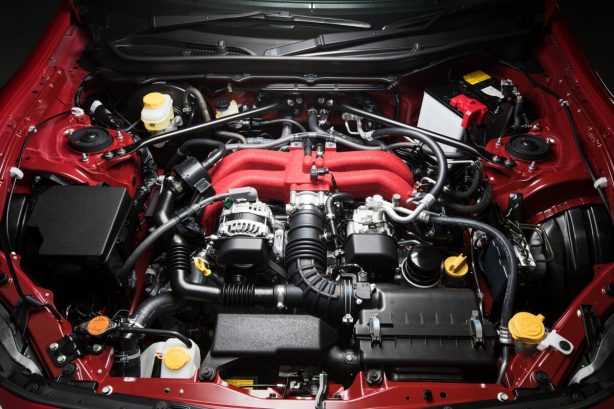 Additional performance from manual variants also comes from a revised final drive gear ratio of 4.3:1 compared with the previous 4.1:1.

Under the skin, the body structure has been made stiffer, particularly at the rear where additional spot welding has been introduced and key components have been made thicker. Coils springs and shock absorbers have also been retuned for better handling, stability, ride comfort and turning performance, supported by a thicker rear stabiliser bar.

All variants are now fitted with hill-start assist control, which helps prevent the car from rolling back on steep hills from a stop.

Aesthetically, the new 86 is lower at the front and features nose fins, foglamp bezel fins and small canards or wing-like projections beneath the wider front grille for improved aerodynamics. LED headlamps complete the front make-over. 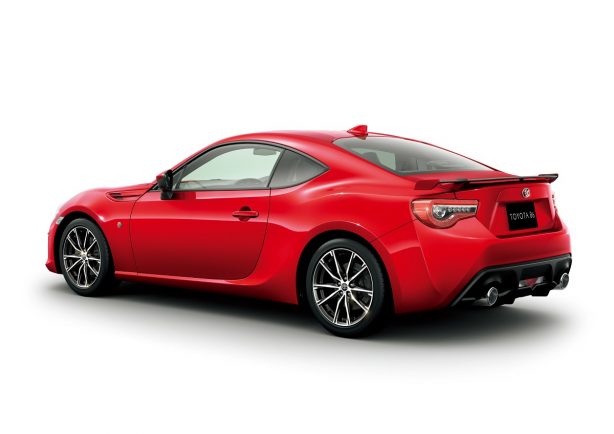 At the rear, the lower diffuser of the bumper has been widened for a commanding on-road stance. Reshaped rear combination lamps now utilise LEDs. Elsewhere, the 86 logo has shifted to a stand-alone badge on the front fender. 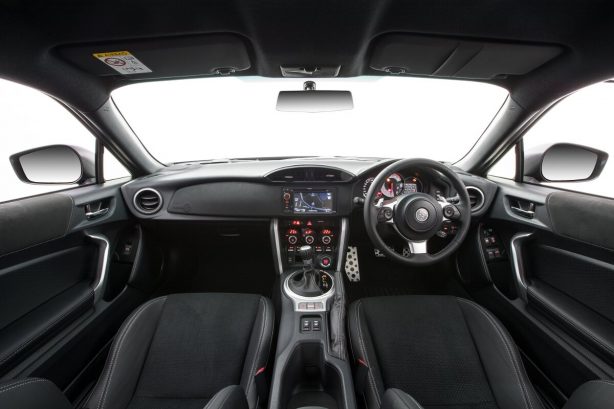 On the inside, the 86 is now fitted with the smallest-diameter steering wheel ever used in a Toyota – 362mm with a shape that promises optimal grip. The tachometer has been modified so that the 7000rpm mark is at the top of the meter – the engine speed at which maximum power output is achieved.

GTS variants gain a 4.2-inch colour multi-information display, steering wheel switches and a new soft-feel “Grandlux” material on the instrument panel. This suede-like material is said to limit glare and help create an environment in which the driver can focus on driving.

GTS variants gain a 4.2-inch colour multi-information display, steering wheel switches and a new soft-feel “Grandlux” material on the instrument panel. This suede-like material limits glare and helps create an environment in which the driver can focus on driving.

Toyota has unveiled its bolder and tougher-looking 2020 Hilux with a significant hike in power, …