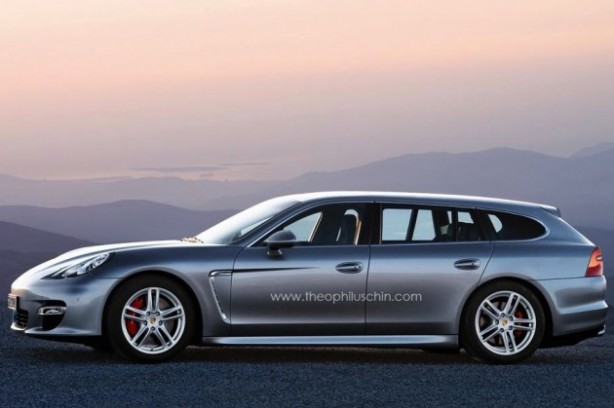 Porsche is reportedly preparing a Panamera Shooting Brake (wagon to you and me) for the Paris Motor Show, starting 29 September.

With the company increasingly reducing its reliance on the Porsche 911 sports car, Porsche will be keenly gauging public reaction to the concept in Paris. If it is well received, there is a possibility that it will be green light for production.

It will join the Mercedes-Benz CLS Shooting Brake and the new Jaquar XF Sportbrake, which will be released soon.

The Panamera wagon will be based on the next generation Panamera, which itself is expected to share the underpinnings of new Bentley vehicles. These could even include the new Bentley’s 4.0-litre twin-turbo V8 engine. Bentley, like Porsche, is owned by the Volkswagen Group.

If approved for production, the Panamera wagon is expected to arrive in showrooms around 2016. Stay tuned for more details and images of the concept when it debuts at the Paris Motor Show next month.