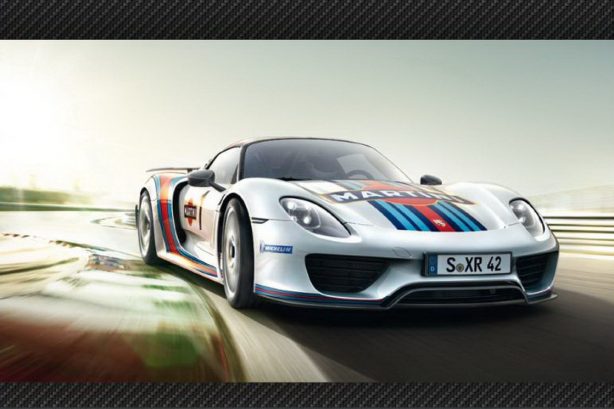 It is rather unusual for a manufacturer to be forthcoming with their yet to be launched model, even more so if it was from Porsche. But that’s exactly what the German sports car maker has been doing in the last few months, by drip feeding the press with information about their upcoming 918 Spyder supercar. 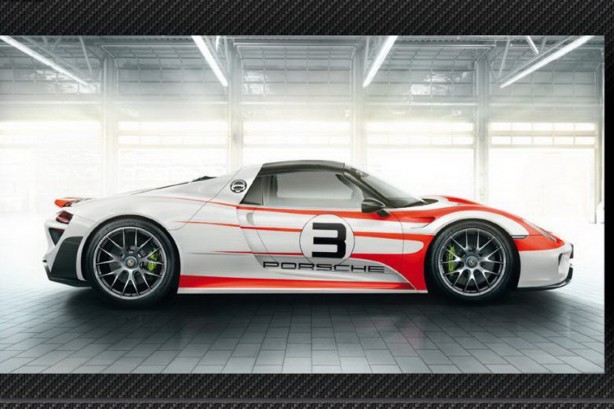 Now, Porsche has announced via its Facebook page that the 918 Spyder has lapped the Nürburgring in 7:14’. That’s just over a couple of seconds behind the outgoing Dodge Viper ACR, which did it in 7:12.13, and faster than most other supercars, including the Lexus LF-A Nürburgring Edition.

If that isn’t enough, an official brochure for the Porsche 918 Spyder also found its way onto the web yesterday, revealing the car maker asks an eye-popping US$65,000 for the “special” Liquid Metal Blue or Liquid Metal Grey paint! That’s after you fork out at least US$845,000 States side. 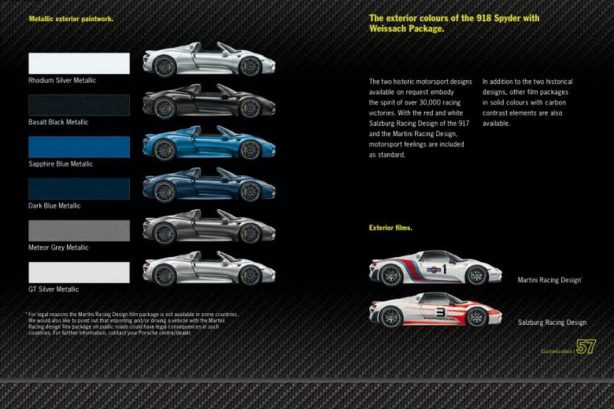 There are also 10 other colours to choose from, including the Martini Racing or Salzburg Racing Design films.

The brochure also let slip that buyers will be able to opt for the Weissach Package, which dispense of amenities such as air-conditioning, audio system, arm rest and door storage to trim weight by 34kg (77 pounds).

We have also included a video of the 918 Spyder Martini being driven on public roads for your enjoyment below.