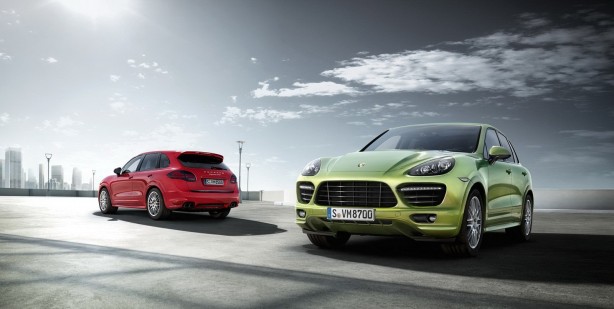 Following on the release of the Panamera GTS, Porsche used the same recipe and created the Cayenne GTS, scheduled to be unveiled at the Auto China 2012 Motor Show in Beijing later this month.

The GTS is a sportier version of the Cayenne S, which itself, isn’t tardy either. It shares the S’ 4.8-litre naturally aspirated V8, albeit tuned to produce an extra 20hp for a total output of 414hp (420PS/309kW). It is mated to an 8-speed Tiptronic S automatic gearbox with integrated auto stop/start function and a lower final drive which sends power to all four wheels. 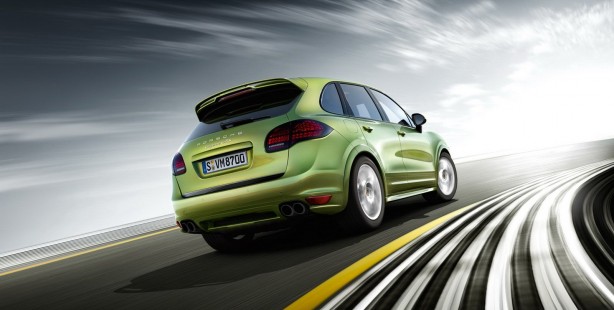 As befitting its sporty intentions, the GTS rides on a modified suspension with Porsche Active Suspension Management (PASM). Ride height is dropped by 24mm compared to the Cayenne S.

On the styling front, the Cayenne GTS shares its more expensive sibling’s, the Cayenne Turbo, face. High-gloss black is the theme here with the frames, trims and headlight surrounds finished in said colour. There are also prominent side skirts and wheel arch extensions. Together with a bespoke roof spoiler with a twin-wing profile and new 20-inch RS wheels with a unique offset, the Cayenne GTS is decidedly muscular.

Porsche even went to the trouble of introducing two new colours called Peridot Metallic and Carmine Red to go with the GTS. 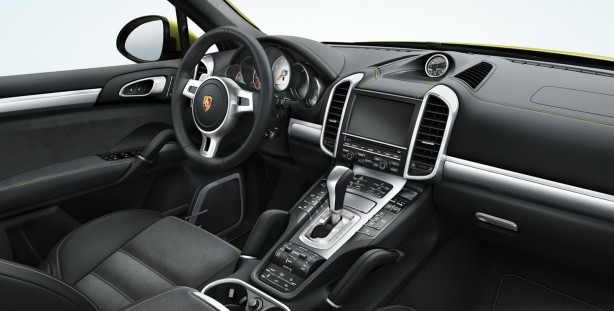 The sombre theme continues into the cabin where the 8-way adjustable front sports seats are covered in a combination of black leather and alcantara. The Cayenne GTS is also equipped with Porsche’s Sound Symposer that is said to channel authentic engine intake sounds into the cabin. Owners can option their car with a new Sport Chrono package as well.

Prices for the new Cayenne GTS starts from €90,774 in Germany and £67,147 in the UK, while U.S. prices will start from MSRP of $82,050. The GTS will arrive European showrooms in July and sales in the US will start the following month.

Check out the official video below.