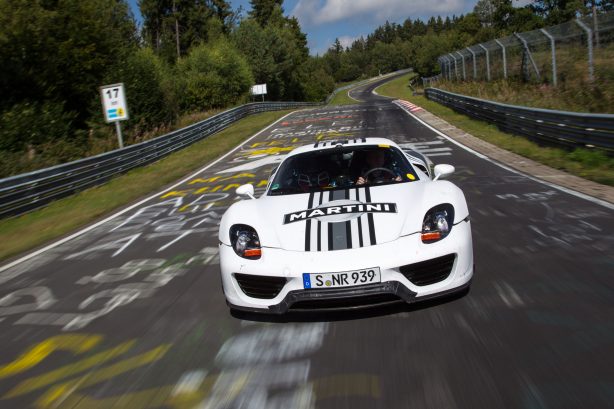 The Porsche 918 Spyder prototype has managed to lap the Nürburgring-Nordschleife in an official time of just 7 minutes and 14 seconds. The plug-in hybrid supercar’s lap time is on par with that of the Lexus LFA and a full 10 seconds quicker than the Nissan GT-R.

Dr. Frank Walliser, overall project leader for the 918 Spyder said: “By turning in a fabulous time of 07:14 minutes, the 918 Spyder prototype has already fully confirmed the viability of its future concept after just a few months on the road.”

The Porsche 918 Spyder is due to enter production in September 2013.