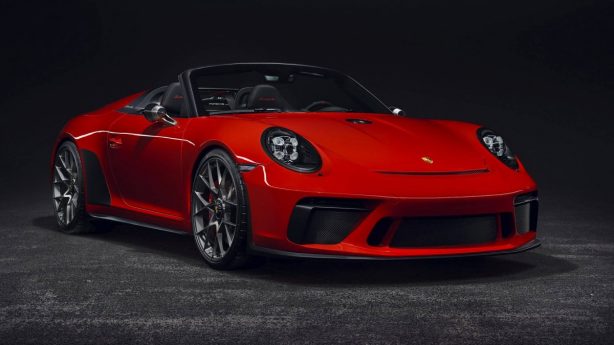 Porsche has, unsurprisingly, confirmed that the topless 911 Speedster will enter production in 2019 after a re-dressed concept went on display at the 2018 Paris Motor Show.

Just 1,948 examples of the retro-styled Speedster will be produced to commemorate the 70th anniversary of a Porsche first being registered – we’ll let you figure out the connection there – with pricing yet to be announced for the limited-run model.

Underneath, the Speedster borrows its running gear and chassis from the GT3, meaning it runs a naturally aspirated 4.0-litre flat-six in the rear that produces 368kW and revs all the way up to 9,000rpm. Power is sent to the rear wheels alone through a six-speed manual gearbox, which will surely appease the purists out there. 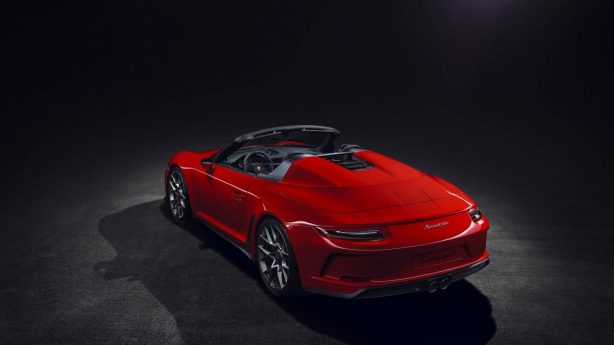 The Speedster’s body, however, is largely based on the Carrera 4 Cabriolet, albeit with the change to the double-bubble rear deck lid. All looks to be pretty standard otherwise, although the quarter panels and front and rear bonnets are made from lightweight carbon fibre to shed a few extra kilos.

In place of a folding hardtop, there’s simply a soft tonneau cover attached with eight fasteners for if you’re planning on taking it out on the rain, although we doubt many owners will ever have it on much.

Other exterior details of note include the black chrome Talbot-style mirror caps, centrally-mounted fuel filler cap in the front bonnet, the X-shaped motif on the headlight covers, 21-inch alloys inspired by the current 911 race cars, and gold lettering for the Speedster badging around the car. 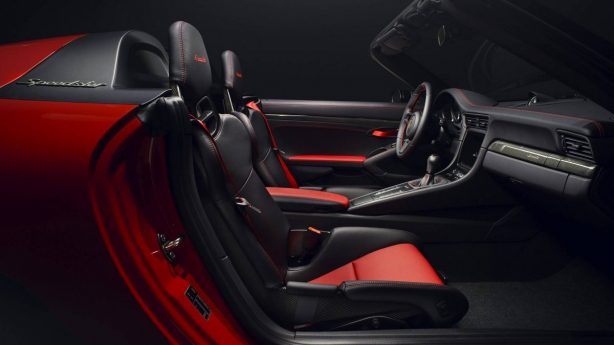 Unlike the first concept, it trades silver paintwork for a striking Guards Red finish and the saddle brown leather seat upholstery for red and black, although those who wish to customise their Speedsters will be able to as it will be the first Porsche model to be offered with a range of Heritage Design Packages.

The 911 Speedster is set to enter production in the first half of the coming year, with all 1,948 customer deliveries expected to take place in the following few months.