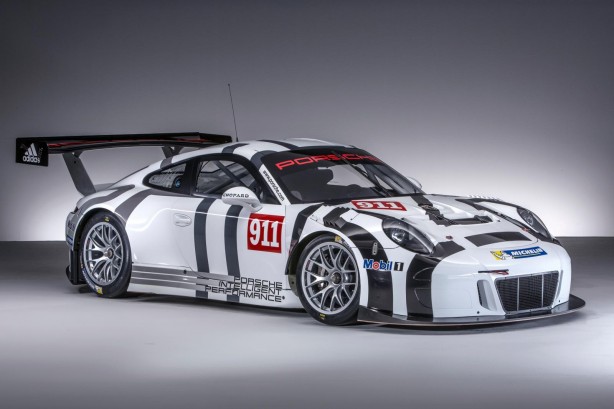 The lightweight body design of the 911 GT3 RS production sports car featuring intelligent aluminium-steel composite construction has proven to be the ideal basis for the race car. The roof, front cover and fairing, wheel arches, doors, side and tail sections as well as the rear cover are made of particularly light carbon-fibre composite material (CFRP). All windows – and for the first time even the windscreen – consist of polycarbonate.

Powering the new 911 GT3 R is a 4.0-litre flat-six unit which is largely identical to the production engine of the road-legal 911 GT3 RS albeit with dry sump lubrication. Its maximum output of 368kW is transferred to the 310 mm rear wheels via a Porsche sequential six-speed constant-mesh gearbox. As in the GT road-going models of the 911, the driver changes gears via shift paddles conveniently positioned on the steering wheel. 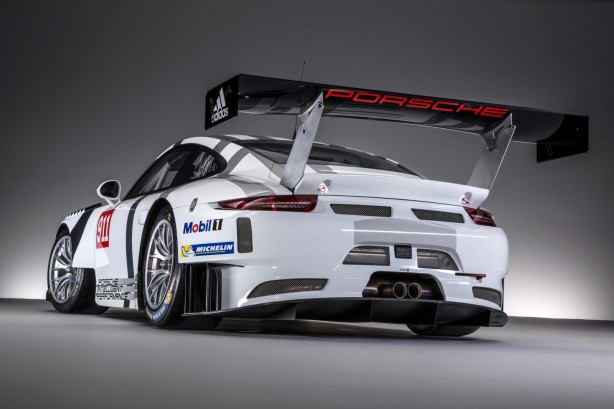 The aerodynamics of the 911 GT3 R follows the example of the road car. The distinctive wheel arch air vents on the front fairings increase downforce at the front axle, while the rear wing lends aerodynamic balance. From its 911 RSR big brother, the GT3 R has adopted the concept of the centrally-positioned radiator. By eliminating the side radiators, the position of the centre of gravity was improved, the radiator is better protected against collision damage, and the venting of hot air through louvers in the front cover was enhanced.