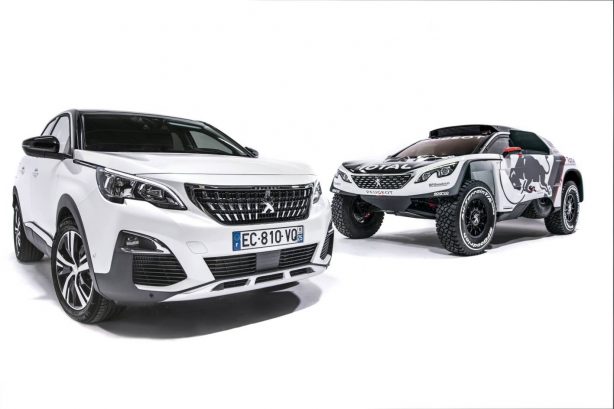 Coming off the back of a successful Dakar and Silk Way Rally campaign with the Peugeot 2008 DKR this year, Team Peugeot Total and Red Bull have unveiled the new Peugeot 3008 DKR.

The new Dakar challenger is the all-new successor to the famous machine with which Stéphane Peterhansel claimed his resounding 12th victory on the Dakar back in January, and Cyril Despres clinched his first win on four wheels on the Silk Way Rally in July.

Based on the new Peugeot 3008 SUV, which is to be revealed at the Paris Motor Show later this month, the 3008 DKR is the end product following eight months of intensive work in Velizy, France, since the Dakar finish ramp in Rosario. 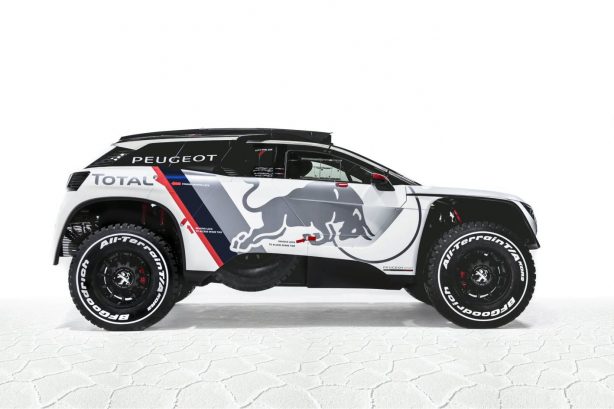 The new 3008 DKR also remains loyal to Peugeot’s two-wheel drive philosophy, a firm belief the company has held since snatching the first Dakar win for a two-wheel drive car 15 years ago.

“The new 3008 symbolises the next step, ” said team director Bruno Famin. “Our goal with this car was to take the weaker points of the existing car and make them stronger, while capitalising on all the existing strengths to improve them still further. There are also some new regulations, which we obviously needed to comply with.” 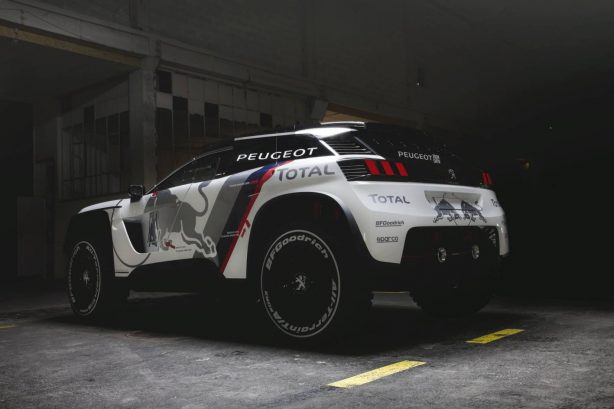 Sébastien Criquet, Peugeot’s senior exterior designer who was responsible for the aggressive lines of the both the new Peugeot 3008 DKR and the corresponding road car, said the Dakar car is the most extreme expression of Peugeot’s latest SUV.

“It keeps the distinctive design language of the road car, but transports it into a rally context. And that’s the dream job for any designer: when you create a car, you always have a competition version at the back of your mind,” said Criquet.

Peugeot Sport will be aiming for the sixth Dakar win this year with an all-new route through Argentina, Bolivia and Paraguay.