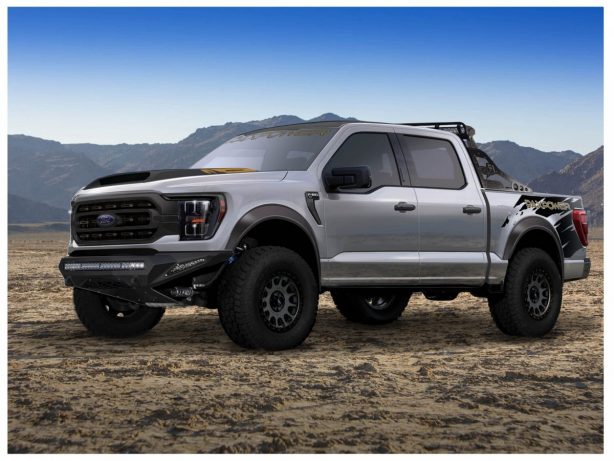 If you’re a fan of monster trucks, then this PaxPower Alpha F-150 will surely stops you in your tracks.

PaxPower has also given the F-150’s chassis a once over, with the majority of the stock suspension replace by those from the previous F-150 Raptor. This includes the axles, control arms and Fox Racing shocks with internal-bypass technology. It is also equipped with leaf springs, steering links and brake lines from the Raptor.

All these don’t come cheap though, with the Alpha F-150 package costing US$18,950 (A$25,620) and taking three weeks to complete. PaxPower also offers a plethora of options, including heavy-duty steel bumpers costing US$6,950 (A$9,396) which offers additional protection and improved approach angle. It also comes complete with LED light bars, which is said to last the life of the truck. 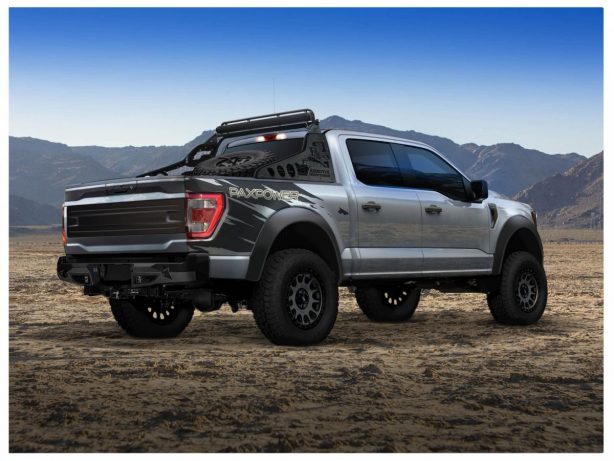 Those with the 3.5-litre EcoBoost V6 and 3.0-litre Power Stroke turbo-diesel V6 are not left out either, with the company offering performance upgrades that boost power to 373kW/847Nm and 298kW/827Nm, respectively, courtesy of a cold air intake, larger intercooler and revised engine calibration.

Unfortunately for those of us in Australia, the Alpha F-150 isn’t available here.