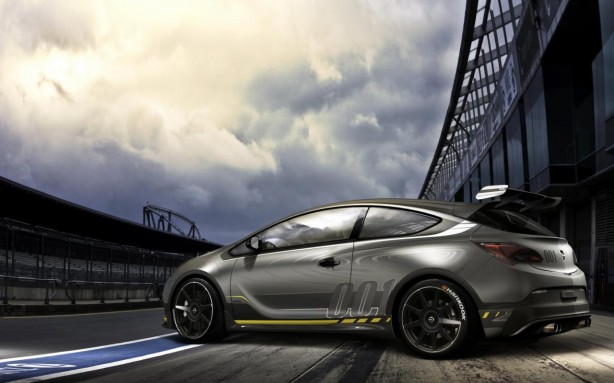 GM’s German arm, Opel will be unveiling “super sports car” at the Geneva Motor Show in March. The study follows the tradition of the Astra OPC X-treme Concept shown in 2002 (red car pictured).

Based on the Astra OPC Cup racecar from the Nürburgring Endurance Championship (VLN), the concept will eventually have a limited production run and gets the title of being the quickest road-legal Astra ever. 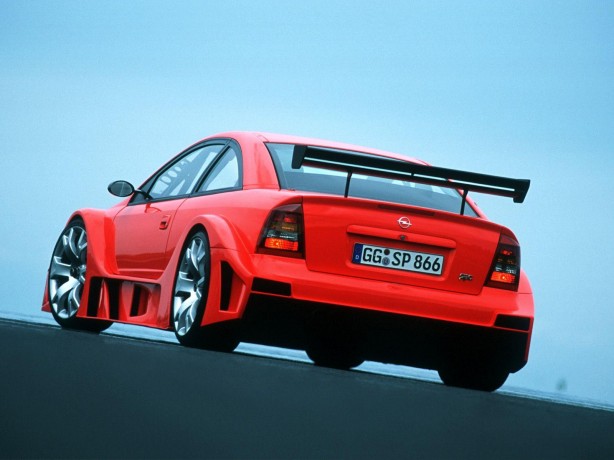 The regular Astra OPC tips the scales at 1,373kg, expect the concept and its production derivative to be even lighter, thanks to carbon fibre components to reduce weight. Its 2.0-litre 4-cylinder turbocharged petrol engine producing 206kW and 400Nm is also expected to be wound up. A figure of around 220kW is being thrown around.

A more aggressive body kit, with quad exhaust and a prominent fixed rear wing at the back, will match the extra horsepower.